An exclusive commemorative coin to celebrate DZG’s 80th anniversary has gone on sale in the Safari Shop. 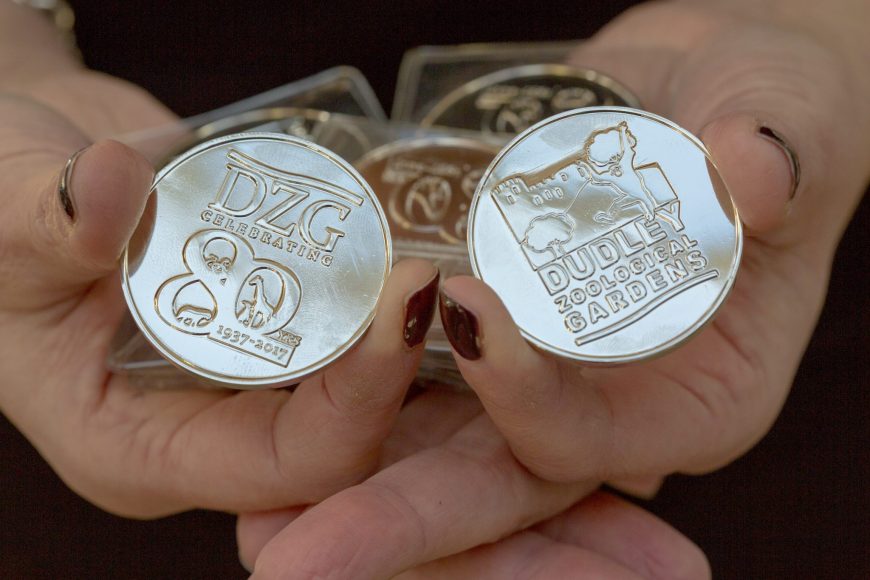 The metal coin, which has no monetary value, features the new zoo logo and our anniversary logo and despite only being on sale for the past few days, visitors have been quick to snap up the £3.99 souvenir.

“We wanted something to showcase the zoo’s new logo and celebratory anniversary logo and the coin has enabled us to do that.