DZG Presenter Heather John was going through old photos of her late Nanna when something looked unbelievably familiar – Dudley Zoo! 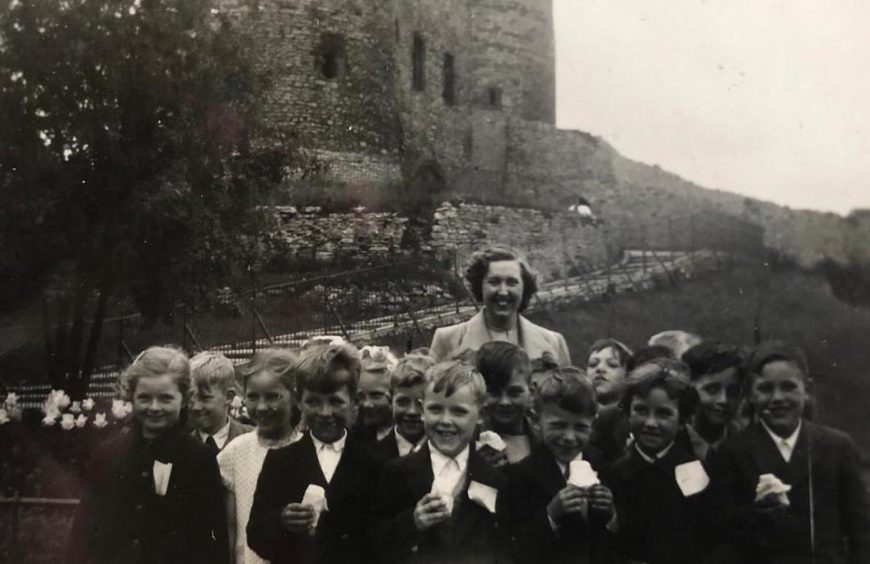 Heather knew her Welsh Nanna Myra Williams had taught at a primary school in West Bromwich but had no idea she had brought the class of 1950 to the zoo, 65 years before granddaughter Heather joined our presenting team.

The 28-year-old presenter, whose Nanna sadly died aged 88 a few weeks ago, was amazed to discover the black and white photos of her grandmother sitting with her reception class on the zoo’s train and standing in front of Dudley Castle.

Heather, who joined DZG in 2015 as a Presenter delivering education workshops to schoolchildren and talks to visitors, has even had her own photo taken in the spot her Nanna once stood by the 11th century monument.

She also came across a class picture of the children, a staff photo (Myra is first left on the back row) and a glowing letter from Black Lake County Primary School in West Bromwich in 1951, describing 20-year-old Miss Williams as a “good disciplinarian and a valued member of the staff.” 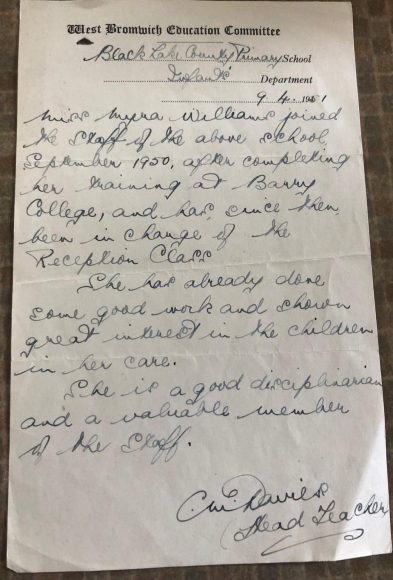 Originally from Cheshire, Heather said: “My Nanna was from Wales and I knew her first job was in West Bromwich, but I had no idea she had been to the zoo.

“Even though Nanna knew I worked at Dudley Zoo she must have forgotten about her time in the Black Country. She never mentioned she had been to the zoo so it was an incredible surprise when I came across the photos.

“It’s so nice to think Nanna had been to my workplace, the only sad thing is I wish I could have asked her about the visit and how she found it.

“Perhaps someone will recognise themselves or a family member in these fabulous pictures. They may remember my Nanna’s strong Welsh accent.

“I know she used to say she struggled sometimes with the Black Country accent and that her and the children had trouble understanding each other.”

Miss Williams only stayed at Black Lake County Primary School for a couple of years before moving to London where she taught at a Jewish school until her retirement. She married Leighton Hopkins and had two children and four other grandchildren as well as Heather.

And amazingly this week, the late Myra Hopkins would have become a great grandmother for the first time. Heather’s cousin Jennifer and her husband John have just welcomed a baby boy into the world and have called him Graham.

Recognise anyone from the class of 1950? Do let us know at photos@dudleyzoo.org.uk

Previous: Taste of the high life!
Next: Wheely generous gesture!