There was lots of monkeying around from DZG’s chimps when they get their hands on a pile of felled tree branches. 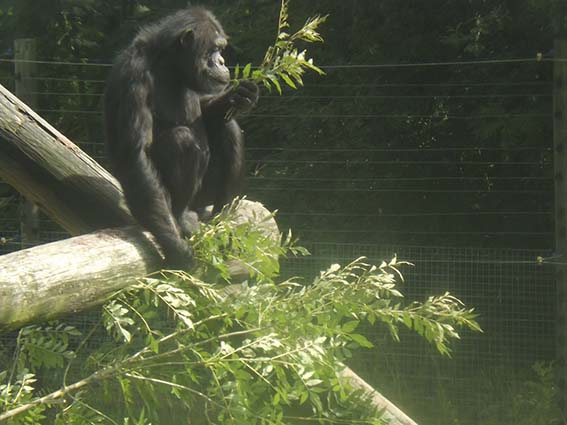 Keepers cut back some of the overhanging tree branches around the perimeter of the chimps’ outdoor paddock, but instead of throwing the greenery away, they decided to let the chimps have some fun first.

The team stuck some of the branches into the ground around the enclosure and let the girls out to explore.

Head of Lower Primates, Nicola Wright, said: “The girls grabbed them within seconds and were dragging the branches around behind them and even hauling them up to the top of their climbing frame.

“They loved playing with them and stripped all the leaves off and ate them.

“However, once all the leaves had gone and they were left with bare branches they began to try poking each other and us with the sticks which is when we decided playtime was over!”

Previous: Lions having a laugh!
Next: Riot returns!