Artwork created by a Dudley Zoo chimpanzee has been donated to DZG by the family who purchased it at auction nearly 50 years ago. 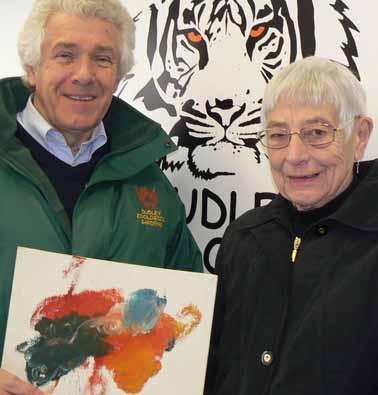 The painting, by a female chimp called Cindy-Lou, has been in the ownership of the Jukes family, of Hopton Bank, Kidderminster since 1966.   DZG Head of Media and Communications, Jill Hitchman, explained: “We received a phone call from Dorothy Jukes whose late husband, Ted, worked as a journalist on a local newspaper in the 1960s and who covered the story of Cindy-Lou’s artistic career.   “He liked the painting so much he bought it at auction in 1966 following an exhibition of her work at a London gallery and it has been at the family home since that day.”   She added: “Mrs Jukes was having a clearout and asked us if we would like the artwork for our archives.   “She also told us about a video clip on the British Pathe news website of Cindy-Lou painting which offers an amazing glimpse of the recently-built chimp enclosure and some very entertaining footage of the artist herself.”   Mrs Jukes said: “I was clearing bits and pieces out of the house and I came across the painting and wondered if the zoo would like it.   “I was delighted when they said yes and I understand they will be framing it and displaying it in the zoo’s new offices.”   The video clip, which shows Cindy-Lou’s keeper, Margaret Missenden, mixing oils and encouraging the chimp to sit on her stool and paint, can be viewed at http://www.britishpathe.com/video/painting-chimps/query/dudley+zoo

CAPTION: Mrs Dorothy Jukes of Kidderminster, hands over the painting by Dudley Zoo chimpanzee, Cindy-Lou, to DZG? CEO?Peter Suddock. The work has been in the Jukes’ family since they purchased it at auction in 1966 following an exhibition of the chimp’s work in a London art gallery. 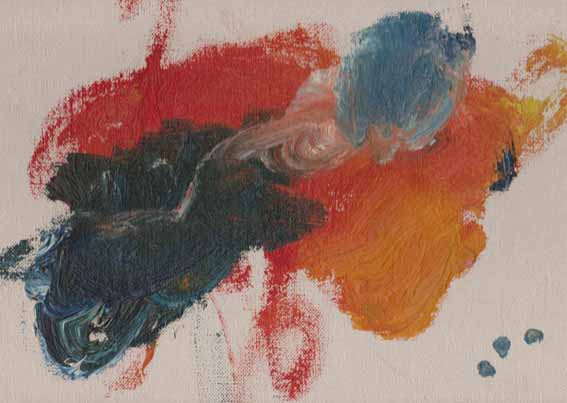 Previous: The great escape
Next: Donated tools put to use