DZG is offering primate lovers chance to get their hands on a unique piece of art – created by our very own chimps. 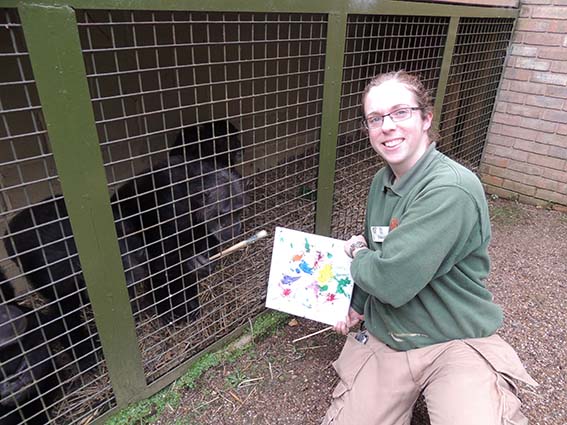 Anyone who adopts one of our chimps or renews their chimp adoption before the end of the year will be entered into a raffle to win the colourful canvas.

Head of Lower Primates Nicola Wright said: “The girls had a good go at painting the canvas and the result is quite impressive. Most of the chimps had a go but Malaika did the most and added the finishing touches.

“We thought it would make a special present for anyone who is crazy about our chimps.”

This isn’t the first time our artistic apes have painted a picture. Back in March, Mandy brushed up on her painting skills and created a masterpiece which is now on the wall in our Monkey Tails exhibit.

That artwork came about quite by chance as keepers had bought the painting kit as a birthday present for Banika.

Unfortunately, Banika wasn’t in the slightest bit interested in the paints so keepers shared them around and soon realised Mandy was a natural with a brush.

We have seven female chimps at Dudley Zoo – Mandy, Fanny, Barbie, Malaika, Binti, Mali and Banika – who can all be adopted.

Adoptions make great Christmas presents – but hurry, as Santa reminds us below, only 18 days to go! 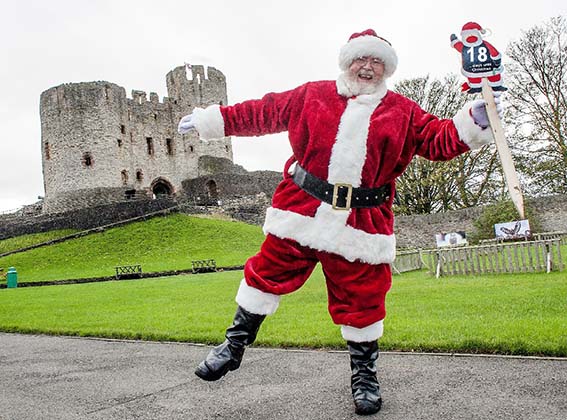