Three marbled teal chicks have hatched at DZG giving a boost to the species which is threatened in the wild. 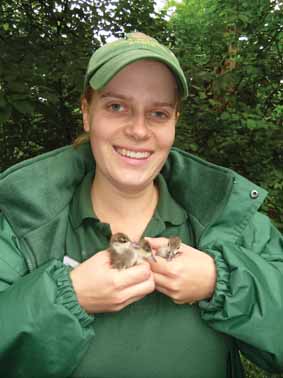 The colony now numbers 12 birds. Marbled teals are diving ducks which are classified as vulnerable to the threat of extinction by conservation experts.

They are medium sized ducks (15-17 inches in length) which used to breed in large numbers in the Mediterranean region but are now restricted to a few sites in southern Spain, north west Africa, and Israel.

The chicks were reared in an incubator and fed on chick crumbs, lettuce, carrots and crushed insect pellets.

*Some of the smallest ducks in the world are settling in at DZG.

Three one-year-old Baikal teal ducks transferred from London Zoo and a second female is being sought to join the two males and female. The species is named after the Baikal Lake in Russia.