Keepers carried out a health check of our youngest yellow-breasted capuchin and weren’t surprised to discover he’s another boy! 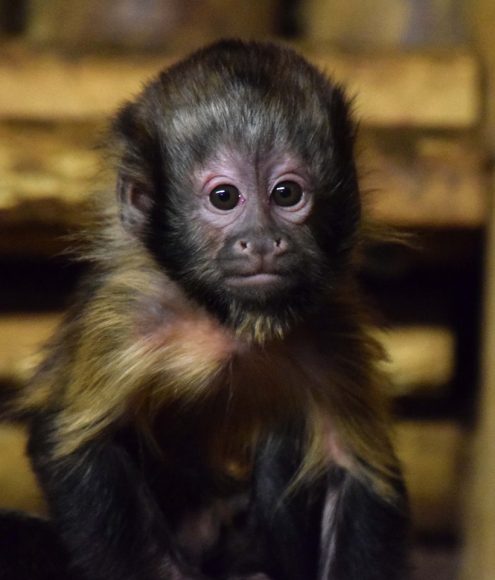 Chewie, as he’s been officially named, is the seventh baby to be born at DZG since we introduced the critically endangered species in 2011 following his August 22 birth to mum, Holly and dad, Willow. 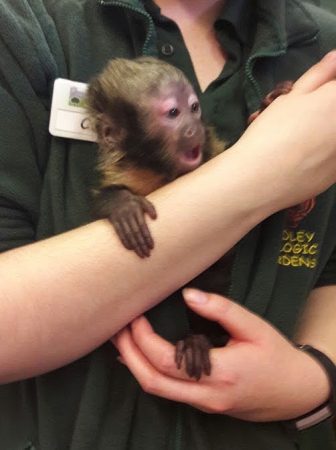 Upper Primates Section Leader Pat Stevens, said: “All our babies have been male, so we weren’t surprised to find out we had another!

“He was one of the smallest babies we’ve had when he was first born, but he’s come on leaps and bounds and he was so vocal and brave when he received his health check and microchip.”

Chewie is the second baby we’ve welcomed this year, with half-brother, Archie, arriving on March 31 to parents Dinya and Willow

Listed as critically endangered on the IUCN Red List, yellow-breasted capuchins are seriously threatened with extinction and the population is still declining in their native Brazilian tropical rainforests due to deforestation as well as being trapped for the pet trade and hunted for meat.

Previous: Adopt in a box!
Next: A new head of education