Three baby guinea pigs born on the DZG Farm are set to be stars of school workshops and birthday parties after moving to our Discovery Centre.

The three boys, who have been named Ernie, Harvey and Herbie, are settling in well and Presenters say they’ve got cheeky little characters. 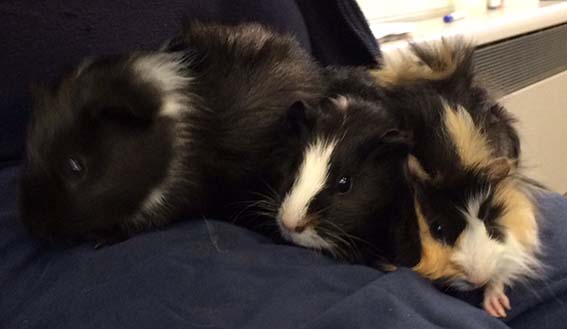 The trio were born on August 6 to mums Elsa and Anna and, when they are old enough, will eventually join the bachelor pad with the Education Block’s existing two males, Rufus and Alfie. 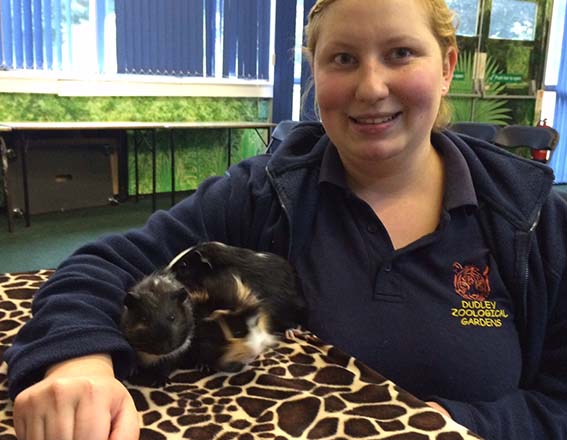 Presenter Dorrie Hall, pictured above with the boys, said: “We have an Abyssinian one, which Education Presenter Langan named Herbie.

“We have a tricoloured one named Ernie and lastly there’s Harvey, who has a smooth coat and is mainly black and white.

“All three boys are settling in well and once they are old enough will be making appearances in birthday parties and in lessons.

“They have already proved to have very cheeky characters, especially Herbie!”

A male guinea pig is known as a boar, while the female is a sow

Guinea pigs have many calls they use to communicate

A baby guinea pig is called a pug or piglet

Previous: Bonjour Marina and Tania!
Next: Yasmins a grandma!