Marathon man, Mike Crannage, who aims to cross the South American rainforest for charity, called in to DZG to meet a few of the colourful species he will encounter on his adventures. 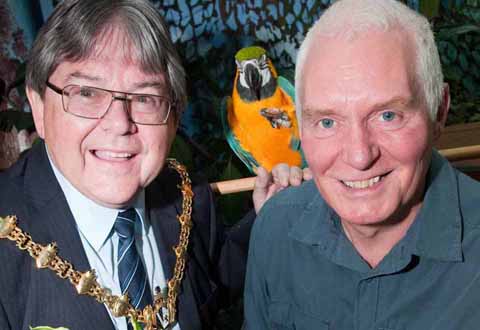 Mayoral attendant Mike is planning a gruelling 150 mile coast to coast race across Costa Rica in February to raise funds for the Mayor of Dudley’s charities  in just 10 days.

Mike, aged 53, of Dudley, said: “I like to do what I can for charity and I have a very active sense of adventure.”