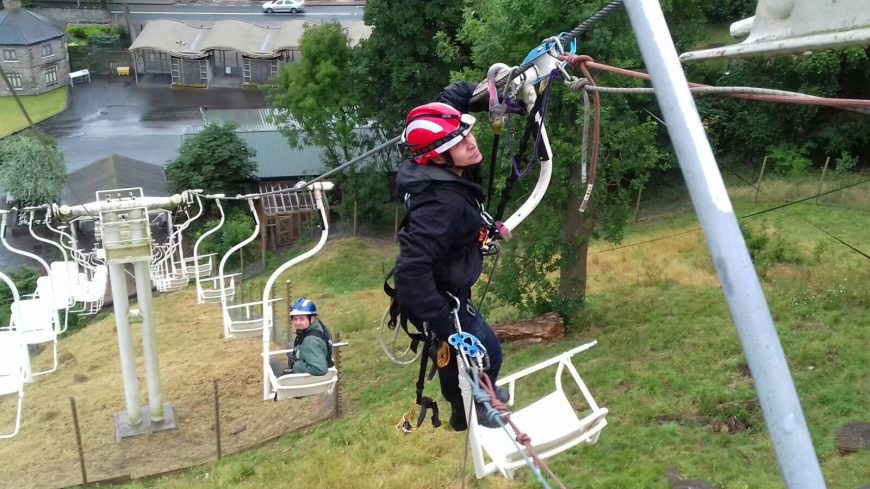 During a staged incident involving the team from Wednesbury Fire Station, DZG’s Curator Richard Brown, pretended to be stuck on the chairlift, before being rescued and lowered to the ground by the team. 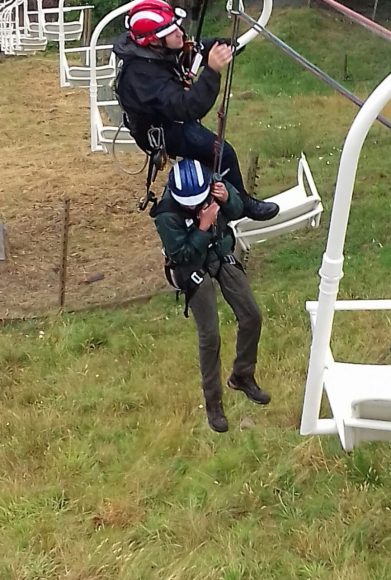 “When training we always look for unusual venues to test our skills and put them to the test in the most challenging scenarios to ensure we are prepared to respond to absolutely anything.

“Dudley Zoo provided us with a very challenging scenario of a person stuck on a chairlift which allowed us to test our rope rescue skills to safely access the casualty and bring him safely to the ground. As there are a number of cable cars and chairlifts in the Midlands region, Dudley Zoo’s invitation to train there, was invaluable.”

Curator Richard Brown, said: “We regularly invite the emergency services on site to carry out exercises like this as it’s really beneficial for us both.

“Although we’ve never had to call on them before, we are fully prepared if we ever have too.”