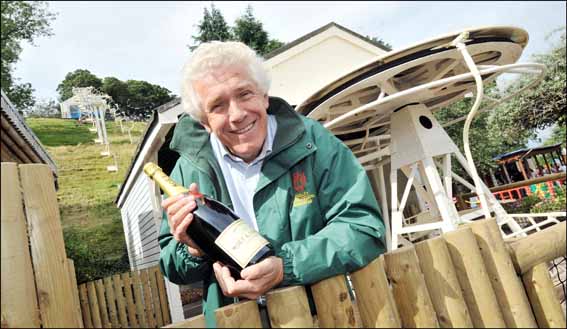 BBC Radio WM presenter Jenny Wilkes will be declaring our 1950s chairlift well and truly open to visitors at 11am.

Jenny’s connections with DZG go back to her schooldays when she worked on site during her holidays. 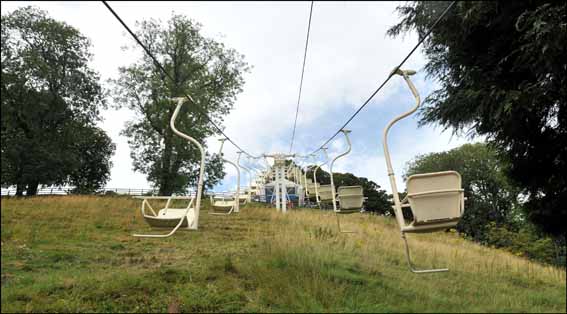 CEO, Peter Suddock, said:?”We are so thrilled this is happening; one of the most common questions we are asked by national and overseas visitors is When’s the chairlift going to be running’ so we are very well aware that the refurbishment will create lots ofinterest.”

The project took 12 weeks to complete (started June 1) and work included a full refurb of the 41 chairs and roller system which carries the cable, plus an overhaul of the engine (British-made AC electrical driven with reduction gearbox). Sixteen layers of paint were removed and specialist tests carried out to ensure the chairlift, which last operated in 2002, was painted in its original colour  a light cream. 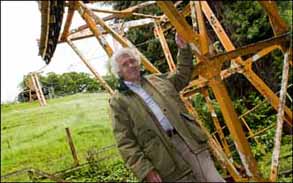 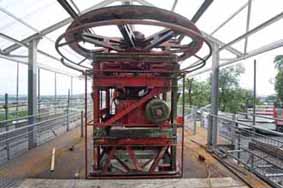 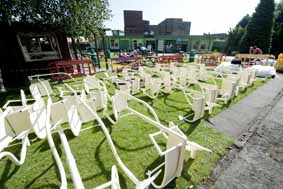 Finance for the project is via a £1.2million bid for Heritage Lottery Funding, which will also see the restoration of four of the site’s 12 listed Modernist structures which form part of the world’s largest single collection of Tecton buildings designed by renowned architect Berthold Lubetkin.

Mr Suddock added: “It’s a fantastic year; not only is it our 75th anniversary, we’ve also finalised plans for the new entrance, retail complex and Tecton interpretation centre, plus opened £40,000 Penguin Bay and, of course, the chairlift is now restored, so there’s a lot to celebrate.”

It was the first passenger-carrying aerial ropeway to be installed in England and transports visitors from the zoo’s lower zone to the 11th century Dudley Castle on the upper level, within a two-minute journey, offering panoramic views across Sandwell to Birmingham, and travelling directly over flamingoes, spider monkeys and rare breed sheep grazing on the banks.

Mr Suddock said:?”We have all the original drawings, and despite its age the changes mainly centred on cosmetic refurbishment where the chairlift suffered exposure to the elements, and slight modification to the T-bars<