We’re celebrating some of DZG’s most popular creatures this weekend as part of World Lemur Festival. 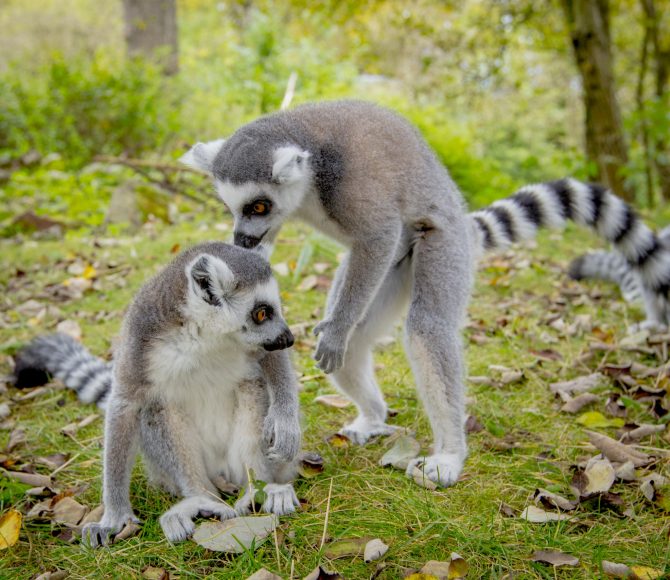 And we’re using this opportunity to introduce you to Tom and Jerry – our newly-sexed and named ring-tailed boys!

The youngsters were born to Phoebe and Frank in April and are proving popular additions to our walkthrough wood.

And with over 90 per cent of the 100 plus species of lemur facing extinction in their native Madagascar, we’re joining international celebrations to help spread the message about these extrovert creatures, of which we’ve got five kinds here on site including the ring-tailed – the critically endangered black-and-white ruffed, red-ruffed, collared and black lemur.

And the black lemur in particular is special to DZG as we’re the studbook holder for the European Endangered Species Programme, with Curator Richard Brown making recommendations for exchanges or breeding for over 50 animal collections. 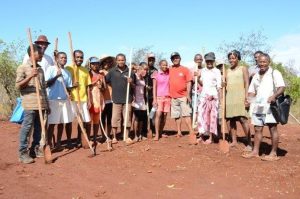 We’re also proud to support the Lemur Conservation Association AEECL, by signing up for a five-year education programme in Madagascar to fund nine primary school teachers who are helping people to learn to protect their local habitats which in turn is helping conserve lemurs in the wild.

Curator Richard Brown, said: “Lemurs are fascinating and unique creatures and are the most diverse group of primates in the world.

“But they’re threatened by deforestation and habitat loss due to logging and agriculture and they’re targeted by hunters and poachers.

“This is why the International Union for Conservation of Nature (IUCN) considers lemurs to be the world’s most endangered mammals and has stated that they could face extinction within the next two decades.” 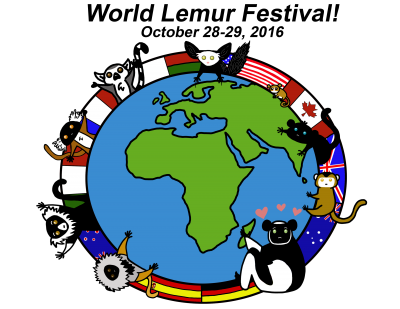