It’s National Insect Week and we’re celebrating some of the world’s smallest creatures! 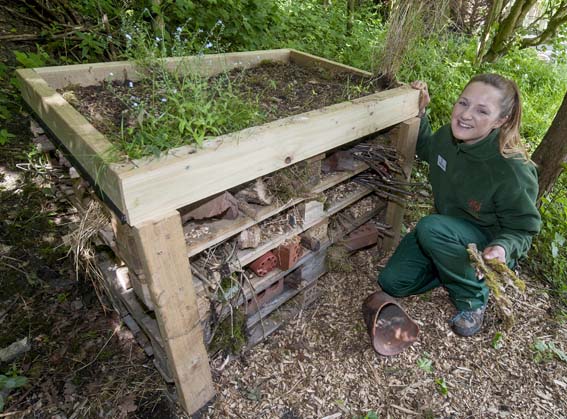 With more than 24,000 species of insect in the United Kingdom alone, with hundreds to be found every day in our own gardens, insects easily earn the right to be the most diverse and ecologically important group of animals in land habitats.

And here at DZ we’re dedicated to raising awareness for the teeniest critters as well as the larger, more popular animals.

Curator Richard Brown, said: “For the last 23 years DZ has carried out vital conservation work with the Barberry carpet moth, which is one of Britain’s rarest and most threatened moth species and we’ve worked hard to help boost the ladybird spider population, as well as co-ordinating a multi zoo campaign to ensure the survival of the fens raft spider, one of the UK’s rarest arachnids.” 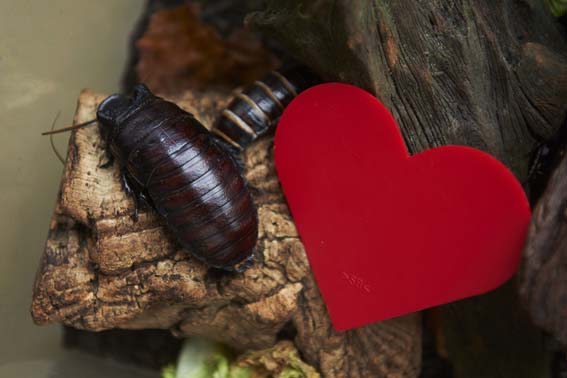 Here on site we’re keen to encourage insect habitats, with bug boxes located around the site and we’ve even built a five-storey bug hotel on the Snail Trail pathway, which since being installed by Senior Keeper Stacey Ball last year – pictured above – is always fully booked with critters!

We’ve also recently recruited a new Conservation Officer, whose job is to help us raise even more awareness on all kinds of conservation issues, especially native species and we’ll be revealing more about that later this week!

sitors can also see a few of the more unusual insects on show in the Discovery Centre, including giant stick insects , black beauty stick insects and hissing cockroaches, with the latter used regulary in education sessions, while earthworms, spiders, snails, beetles and leeches can be found in Castle Creatures.

National Insect Week is a national campaign is organised by the Royal Entomological Society and runs from June 20  26.

Previous: An otter-ly great day!
Next: Standing tall for giraffes!