It’s Cotton Top Tamarin Day and our cotton tops Katy and Rufus had a ball as we celebrate the critically endangered species. 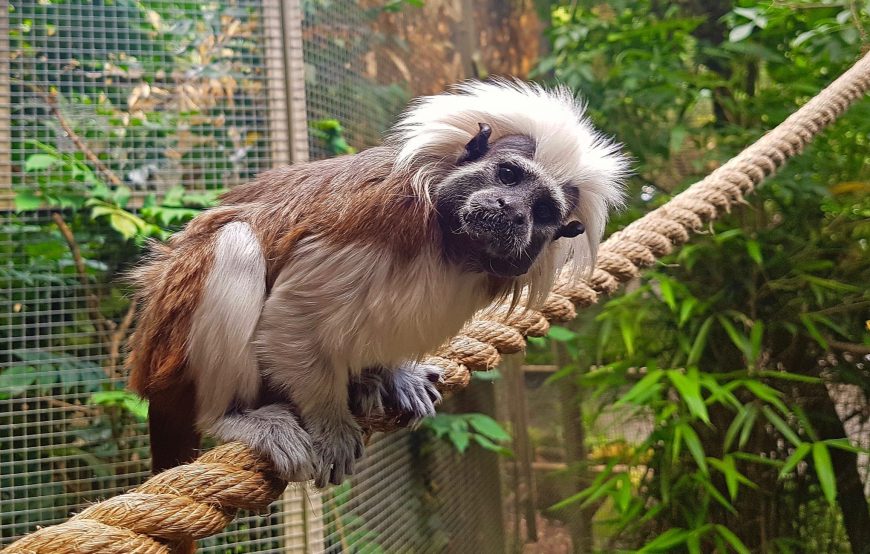 To mark the occasion, keepers filled small hanging baskets with mealworms and hay to encourage the pair to forage for their treats. And the duo, who joined us in May 2017, had a swinging time! 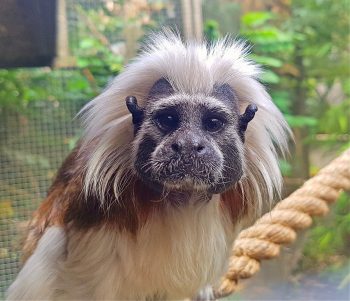 Head of Upper Primates Pat Stevens, who filmed the couple with the help of Senior Keeper Sian-Leigh Simner, said: “Katy and Rufus had a great time searching for their surprises.

“It’s wonderful to have these critically endangered primates here at Dudley where visitors can see them up close and learn more about the species. Hopefully Katy and Rufus will get plenty of visitors on their special day.”

So called because of the flowing white fur on its head, cotton tops are one of the most endangered primates in the world and are only found in the rainforests of north western Colombia in South America.

August 15 is a national holiday in Columbia thanks to the on-site conservation work of Proyecto Titi, a program which carries out field research and encourages schools and the local community to help preserve the species. 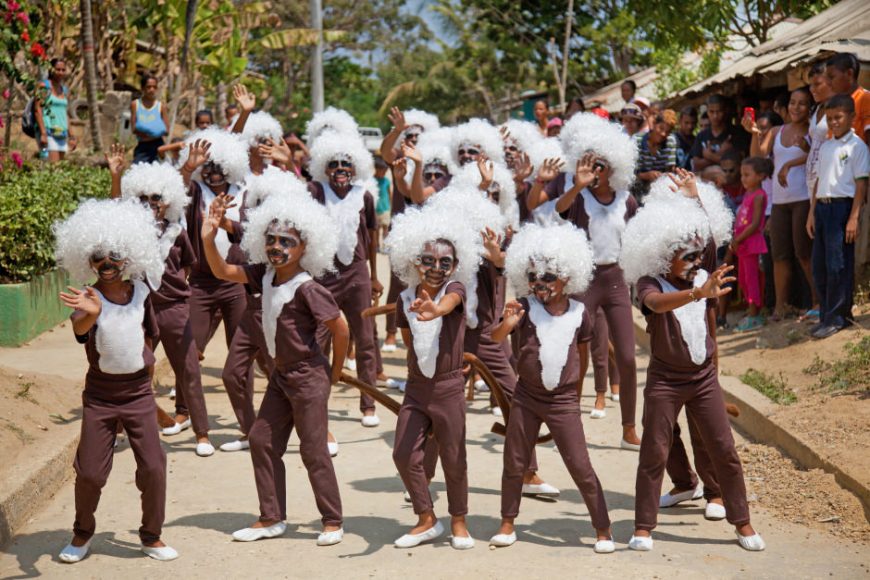 Cotton tops were declared endangered in 1973 due to the exportation of 20,000-40,000 tamarins being sent to America for biomedical research.

Now listed as critically endangered on the IUCN Red List, cotton top tamarins have suffered a severe decline in recent years, mainly due to deforestation for agriculture, which has destroyed more than 75 per cent of their natural habitat and there are thought to be less than 6,000 left in the wild.

Cotton tops can live for about 13 years in the wild and up to 24 in captivity. They have more than 38 distinct sounds to communicate with family members.