Cecil the Sinaloan milk snake had a starring role in the launch of Wolverhampton Grand Theatre’s forthcoming Christmas pantomime. 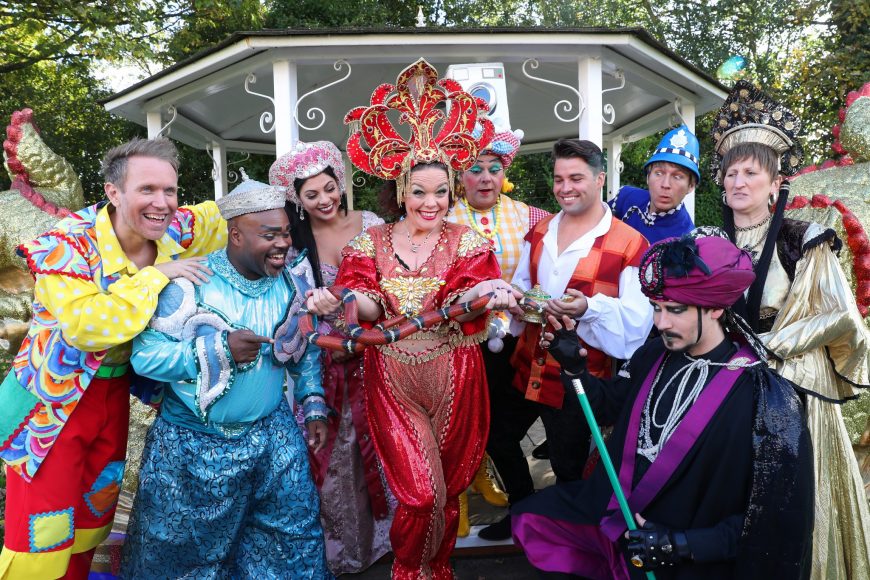 The colourful VIP took his place in the official cast line-up for this year’s show, Aladdin, and quickly made friends with the stars – especially actress Lisa Riley who took a particular liking to the friendly reptile!

The panto, which DZG is sponsoring, opens in seven weeks and was officially launched on Tuesday. 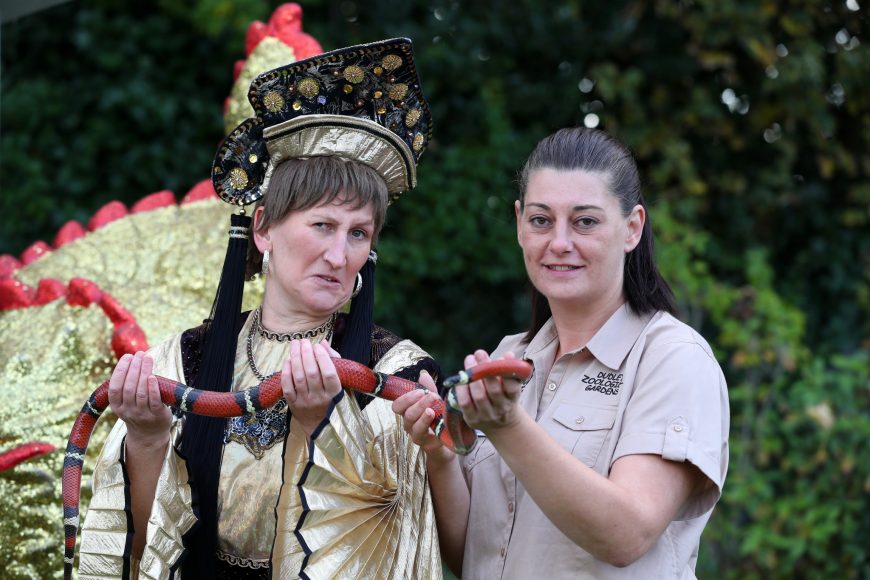 DZG Marketing Manager, Andrea Hales, said: “It’s great to be once again teaming up with The Grand Theatre and we’re all looking forward to the show.

“Cecil was very well behaved for the press launch and the cast were keen to learn more about him and hear about the work of the zoo from our Outreach Co-ordinator, Sally Skinner.

“We’ve extended an invitation to the panto stars to come and visit us so we hope to welcome them during the show’s six-week run.”

Aladdin runs from December 10 to January 22.

Thanks to Wolverhampton Grand Theatre for the photographs!

Previous: Conservation comes to life
Next: Going batty for Hallowe’en