Some of DZG’s newest arrivals have been thrust into the spotlight as they’re set to feature in a new CBeebies programme. 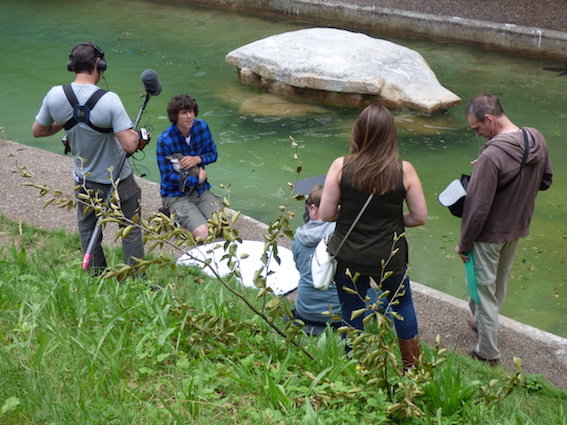 Andy and his crew visited DZG yesterday to film the baby animals and the 6’4″ presenter was mobbed by many excited youngsters who spotted him on site. 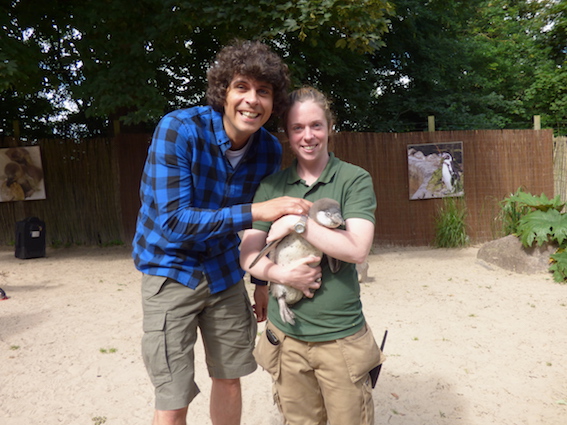 DZG Section Leader Nicola Wright is pictured with Andy and the star of the show!

Media and Communications Officer, Rachel Hickman, said: “It was a privilege to welcome Andy and the CBeebies team to DZG and be involved in the programme.

“We know how popular Andy is with children up and down the country and the series is a great way to educate youngsters with facts about some of the world’s rarest animals. We can’t wait to see the finished show!”

The programme, which will feature baby animals from a number of other wildlife collections, is set to air in the autumn and we’ll let you know an expected date as soon as we do! 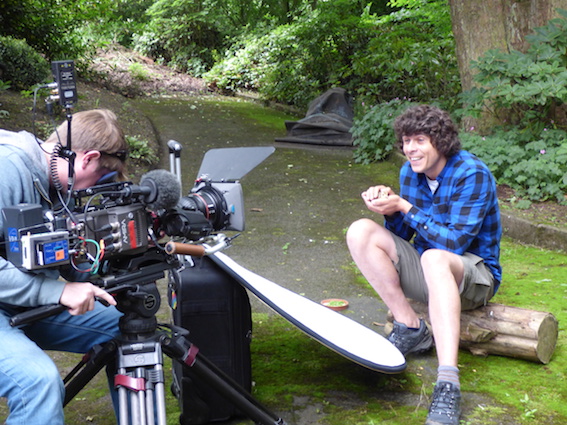 We also featured on BBC Midlands Today last night, who came on site to interview Andy and capture some of the programme filming taking place.

If you missed the show, you can catch it again by CLICKING HERE.

And make sure you catch tomorrow’s ZooNooz, as we update you on the latest adventures of our hand reared penguin!

Previous: Thanks for the feast!
Next: Chick’s first paddle!