Keepers were baffled when the Carpathian lynx enclosure’s viewing dome became dirty immediately after being cleaned . . .  until they caught the culprit red handed! 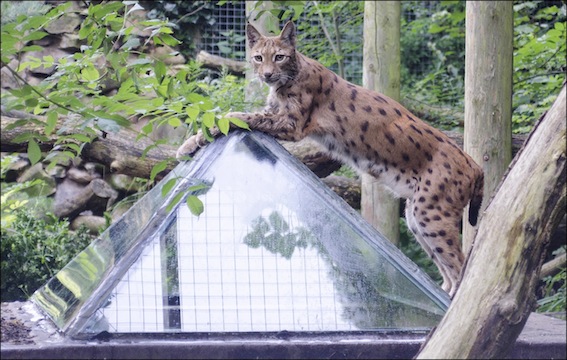 “But we began noticing that it was getting dirty very quickly and we never knew how, until I spotted Dave go up to it and start rubbing himself all over the windows, almost as soon as I had left the enclosure with my bucket of soapy water. 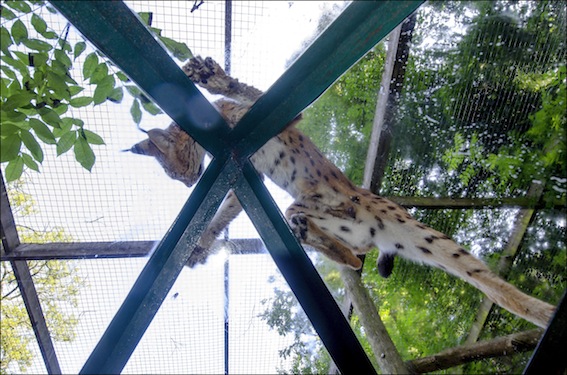 “I couldn’t believe it, he stood on his back legs, with his front paws wrapped around the top of the dome and just kept licking and rubbing himself all over the clean glass.

“I grabbed my phone and started to film him, so I had proof to show the other keepers what was happening. 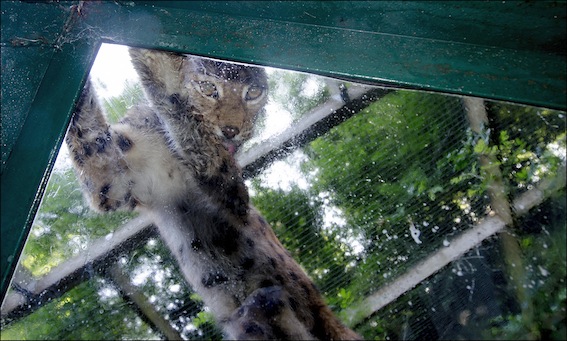 “It was funny to watch for a while, until I realised I’d have to go back in and clean it all over again, so that visitors could clearly see through the dome without having to look through his smears.

“I’m just hoping that he doesn’t teach the triplets to do the same trick, as I won’t be able to keep up with four lynx dirtying the glass each time!”

Previous: Helping tigers in the wild
Next: Tecton treasures unearthed