At 1pm, Dudley Castle will reach a historical milestone  as it was surrendered 370 years ago today. 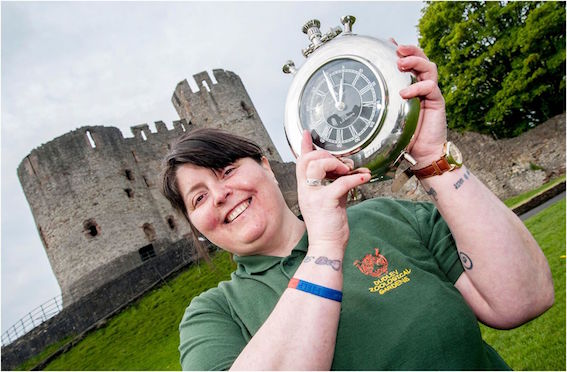 DZ Presentation Assistant, Amy Hickman, pictured above, said: “Dudley Castle has a fascinating history and today is a particularly relevant date, as it was the beginning of what we have in the heart of Dudley Zoo almost four centuries later.”

During the English Civil War, Dudley Castle was garrisoned by Royalist troops and was laid under siege twice.

An unsuccessful siege took place in 1644 but in 1646 Sir William Brereton, a Parliamentarian general commanded a second siege against the Royalists, who was led by Colonel Leveson and proved successful, with him surrendering the castle on May 13 1646.

At 1pm, he rode out of the castle accompanied by his 340 men.

Amy added: “It was Sir Brereton’s request that the Parliamentarians keep the castle for themselves, as he believed it was one of the strongest holds by fortification, but a year later Parliament ordered that the keep, gatehouse and sections of the curtain wall were slighted.

“This decision left us with the ruined appearance of the keep we have to this day.”