Our gardeners have had a busy few days planting the site with thousands of colourful flowers. 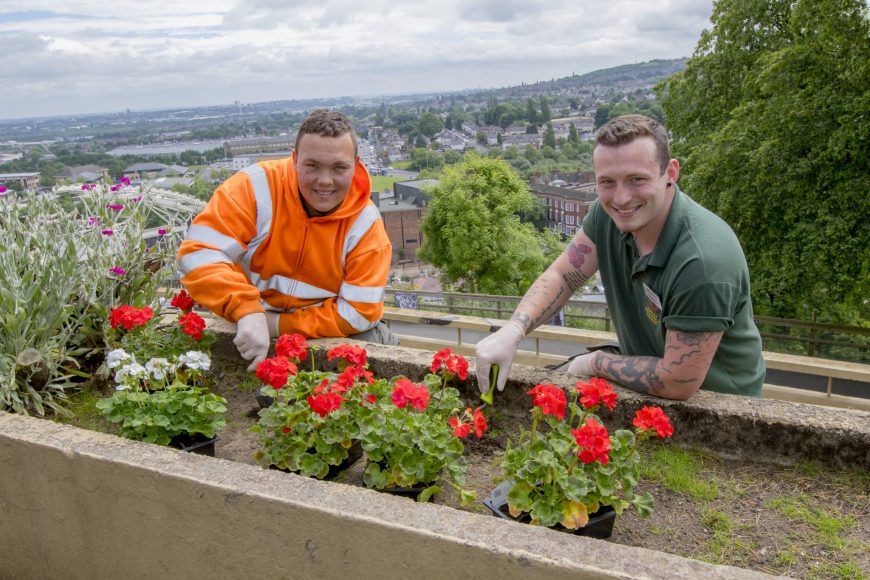 The team have transformed the formal beds around the medieval castle, as well as the turnstile entrance, borders around the chairlift, pots outside the Queen Mary Restaurant and for the first time, the borders on top of the former elephant house.

Head Gardener Carl Stevens, said: “We’ve got a mixture of 2,000 bedding geraniums, 200 regal geraniums and 600 French marigolds in yellow, pink, red, orange and white, which really brighten up the site during the summer season.”

The plants will remain until autumn when the team will prepare the beds again for the next season.