DZG’s £295,000 anniversary revamp programme is underway with contractors getting to work on a new-look home for one of our rarest species of primate. 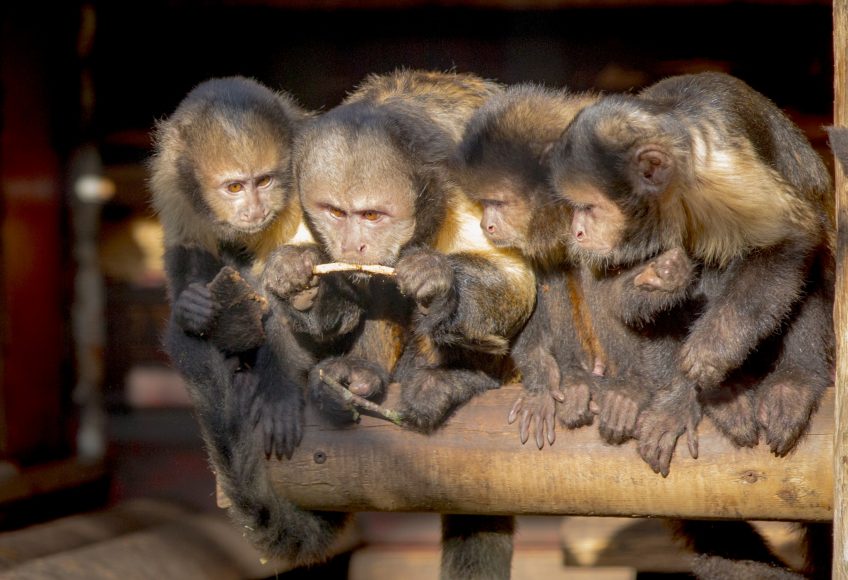 The first stage of the site’s modernisation work includes a £20,000 rebuild of the outdoor area for the critically endangered Yellow-breasted capuchins off the Small Primate House.

DZG Curator Richard Brown, said: “Work is progressing really well.  We’ve kept the capuchins inside while contractors have demolished the old exterior and are building the new enclosure, which will give the species lots of additional space when it’s finished.” 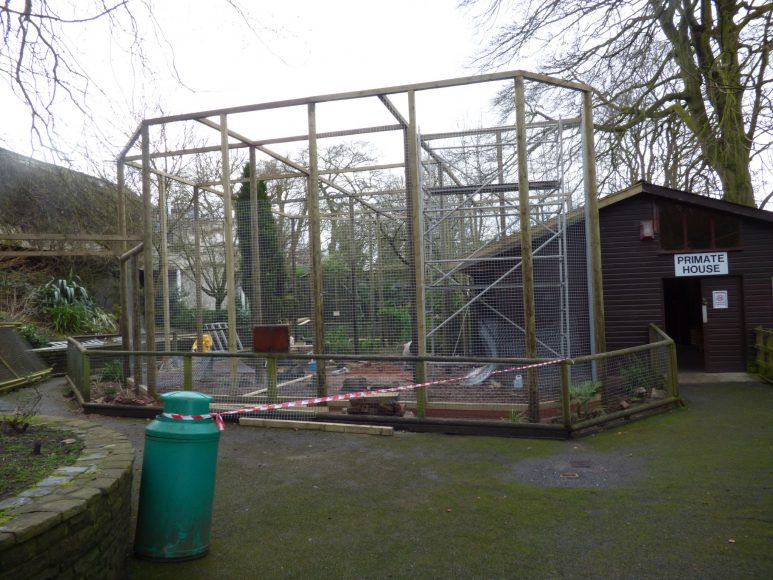 The house will also include a climbing frame and high platforms for the arboreal species, while new glass windows will enhance viewing opportunities for visitors.

As part of the revamp the six capuchins have also seen their indoor quarters doubled in size, with the new-look enclosure incorporating the adjacent black and white lemur house. 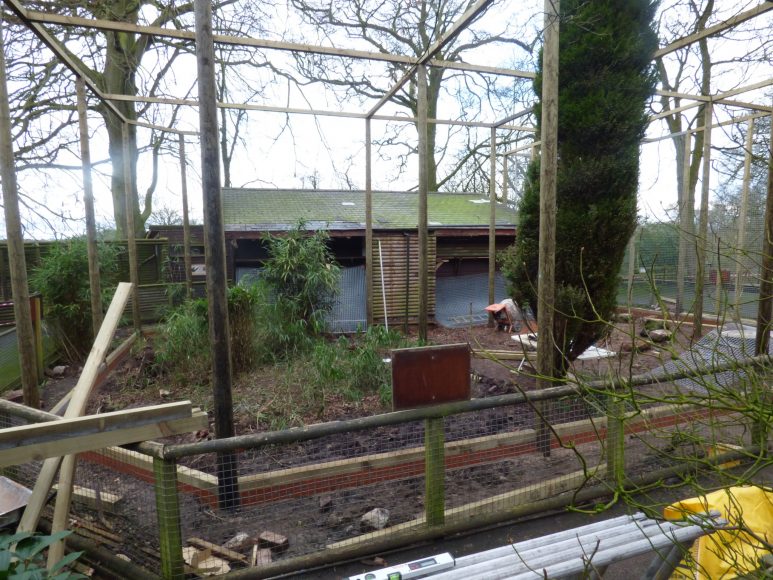 The black and white lemur pair have been moved to the former black lemur enclosure at the opposite end of the Small Primate House, while the two black lemurs have relocated to Lemur Wood.

Richard added: “The work is all on schedule and is looking fantastic, so we hope to have the primates outside in their new enclosure in the next few weeks.”.

It is thought there are just 300 capuchins surviving in their native Atlantic rainforest in Brazil, making the species among the world’s most endangered primates, with threats including habitat loss and hunting.

Since introducing the species to our animal collection six years ago, we’ve had great success as part of the breeding programme and recently two of our four-year capuchins, Spot and Dougal, left DZG for Zoo Schwerin in Germany.