Presenters and Outreach staff moved into the NEC during half-term for a week of animals encounters and creature features at the Spring Caravan and Camping Show. 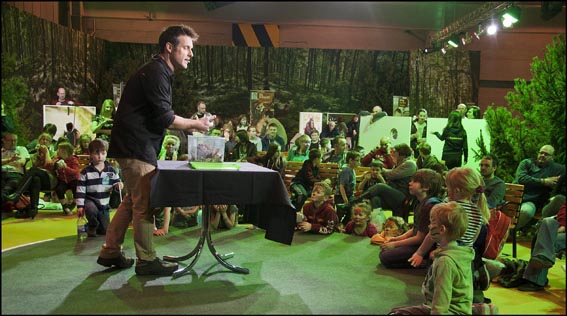 Visitors had the chance to learn about their favourite species and meet some of the small tame animals in DZG’s Outreach collection, plus meet birds of prey that fly daily in the courtyard of Dudley Castle at the heart of the zoological gardens. 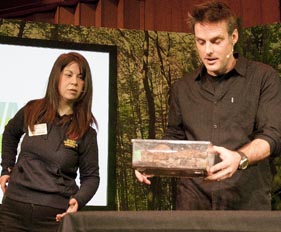 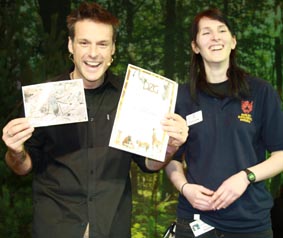 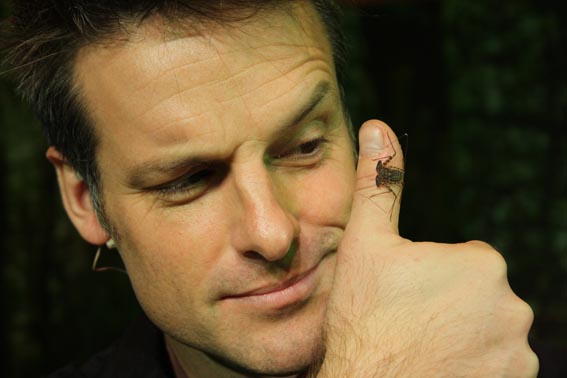 Caroline said: “I’m a very big Nick Baker fan and I knew he likes weird and wonderful creatures, which is why we chose to give him a tailless whip scorpion adoption, as you can’t get much weirder than that. He was really chuffed.”

Tailless whip scorpions (Damon variegatus) are unusual as they have six legs for walking on, while their front legs are used as special sensors.

Although they are called scorpions they actually have no sting and are not venomous. Despite their fearsome appearance they are no capable of delivering anything more than a nip from their pincers.

Aragog, named after a spider in Harry Potter, made his debut appearance at DZG in September 2012 and can be found with his brothers and sisters in the Discovery Centre.

Previous: Treats lead to weigh-in
Next: Wild about purrfume!