Nothing was getting in the way of giant anteater Bubbles when a sweet treat arrived – not even the bowl of gruel he stepped in! 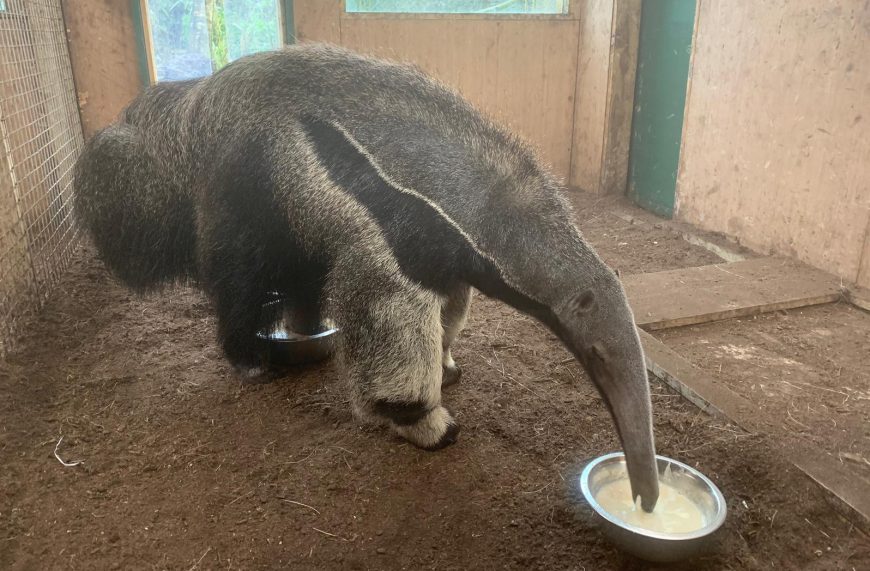 The one-year-old trod right in his dish of gruel mixture – which keepers mix daily from a nutritious powder – as he made a beeline for the blended banana and yogurt.

Keeper Josh Luxton, who took the photo of Bubbles putting his foot in it, said: “This was the first time I’d seen him step into his food in his haste to get to the banana treat.

“We give him and female Romy a serving of the banana and yogurt mix each, as a treat once or twice a week and within five minutes Bubbles has usually cleared his bowl.”

A distinctive solitary species, found in the tropical forests and grasslands of Central and South America, anteaters have no teeth and use their long tongues, which can project more than two feet, to eat up to 35,000 ants and termites a day in the wild. However captive anteaters eat a gruel supplement mixture packed full of meat, maize, fish oil and vitamins and minerals.