We can bear-ly contain our excitement… brown bears are returning to DZG after visitors voted to bring them back to the iconic Bear Ravine. 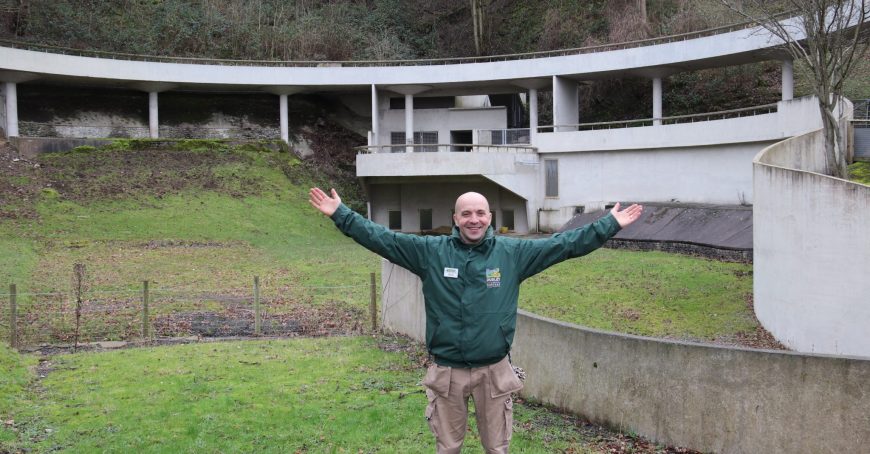 The £250,000 project to reinstate European brown bears – the zoo last held them in 1980 – could see the arrival of up to four bears and the enclosure extended to one and a half acres.

Building work is expected to start this winter and Curator Richard Brown, pictured, is already in contact with Bojnice Zoo in Slovakia, which takes in orphaned bears, to ask for a breeding group of three or four bears to join us in spring 2020.

Throughout 2018, visitors who added the ten per cent voluntary Gift Aid donation to their entrance fee received a token to vote for one of three major projects involving either bears, chimps or orangs. 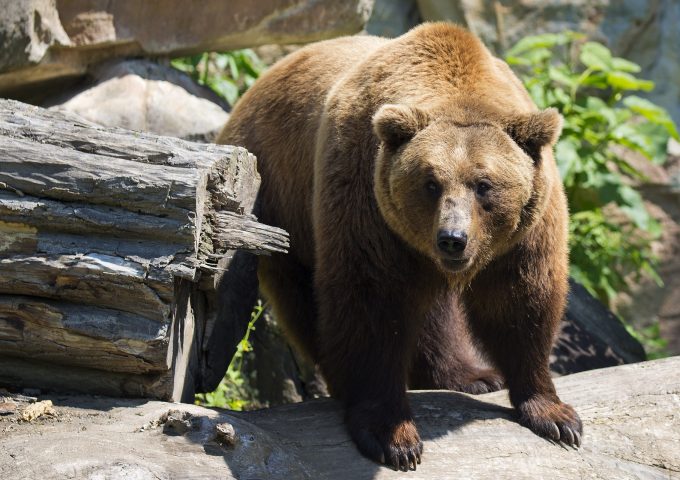 And by the December 31 deadline, the scheme to return brown bears and put the quirky Berthold Lubetkin Bear Ravine back into use was the clear winner. The Tecton was restored to its former 1930’s glory as part of a Heritage Lottery Fund project in 2015.

Zoo Director Derek Grove said: “Giving the visitors who support us through donations chance to vote on their preferred development project is our way of gauging what people would like to see at the zoo.

“I’m delighted this has proved the winning project, as not only are we returning a popular species to the zoo but we’ll be bringing the Bear Ravine back into use.

“A section of the Modernist structure will form part of the perimeter and we intend to incorporate the banked area behind the Bear Ravine into the enclosure, giving the bears access to mature trees.”

A new indoor house will be built at the far end of the paddock (as the dens in the Tecton are no longer fit for modern day husbandry) along with a large climbing frame.

Last year’s winning project to extend the Sumatran tiger enclosure across the rear bank, create new housing with visitor viewing and build additional climbing frames and platforms is still going ahead. Due to the historical importance of the site, it is taking longer than expected to gain planning permission but the work will begin as soon as possible.