It’s harvest time and some of the rarest animals in the world are celebrating British Food Fortnight (Sept 20 to Oct 5) with a seasonal feast at DZG. 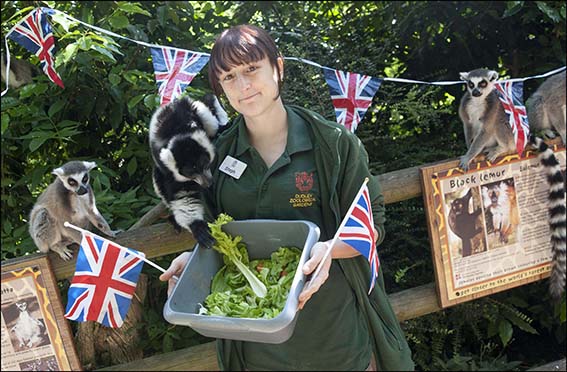 Keeper Steph Sawyer hands out the salads to cheeky lemurs   Keepers have been busy distributing onions, carrots, potatoes and late salad crops, along with apples and pears, to 200 species across the 1,300-strong collection at the heart of England.   From magnificent Sumatran tigers to cheeky small primates, they’re all enjoying the very Best of British that’s grown on the doorstep.   DZG Head of Media and Communications, Jill Hitchman, said: “All of our animals enjoy a well-balanced diet that takes advantage of seasonal produce.   “We know how important it is to buy British, we’ve been doing it for the past 77 years. Since the zoo was founded in 1937 we have sourced locally-grown food, bought from suppliers on our doorstep, and opted for seasonal produce wherever possible. 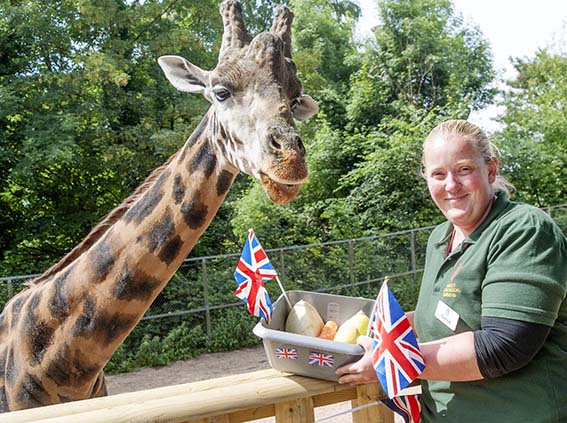 Senior Keeper, Sarah Evans feeds Rothschild’s giraffe, Kubwa his favourite veg   “And with an annual food bill topping £120,000 we have to make sure our pennies buy the very best of British produce.”   Fruits and vegetables are purchased from neighbouring counties, but the site’s freshest food  fish for our Patagonian sealion and the UK’s largest colony of 68 rare Humboldt penguins  arrives from Grimsby within hours of being caught.   Alongside fish we buy soft fruits and vegetables from Herefordshire, Shropshire and Worcestershire, plus cereals from Staffordshire and meat from a Midlands wholesaler.  And bamboo for Tibetan red pandas and Bornean orang utans is homegrown across the zoo’s 40-acre site!   Jill added: “There are more than 1,300 animals at DZG representing 200 species, and that’s a lot of mouths to feed. Our current annual food bill comes in at £120,700, which is more than £2,300 per week; we have to find those funds regardless of a poor season or low visitor figures, so we really need to get best value for money which is why we buy British.” 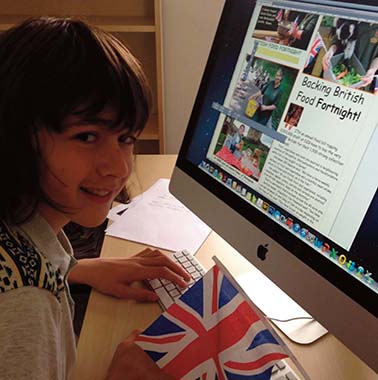 Dudley schoolboy, 15-year-old Harry Lewis, joined DZG’s BFF ?campaign during a week-long placement at the zoo.   Harry, a pupil at Ellowes Hall School, helped direct a video, joined an on-site photo shoot and shadowed Media and Communications staff as they news-gathered for a press release to accompany the images.   He said: “I had no idea that Dudley Zoo is so involved with British food.   “It was amazing to learn all about the different meats and vegetables and find out where they come from across the country and also to see how staff prepare and distribute the produce.”   He added:?”It was really interesting to learn about British Food Fortnight and to see how important it is to DZG.”