Our roul roul partridges and pair of hamerkops have impressed DZG’s bird keepers with their amazing nest building skills.

Both sets of birds have produced intricate, weaved enclosed nests in preparation for the females to lay in. 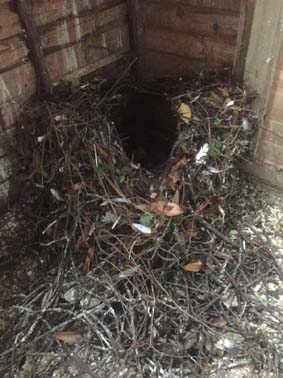 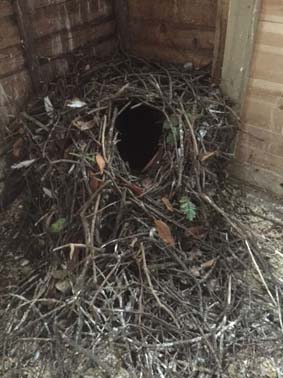 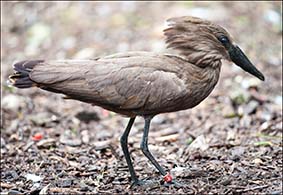 “Both the male and the female have worked on it for a couple of months and the keepers have been supplying them with sticks from around the site on a daily basis.

“We’re hopeful that it won’t be long before the females will lay eggs as the nest is particularly impressive and has reached about a metre in height.”

Hamerkops, pictured left, are famous for their unusually large nests  often more than two metres wide – which they build of sticks, mud, and grass. The nest can often weigh over one hundred times the weight of the bird. After building this huge nest the female lays 3-6 eggs which are incubated from 28-32 days. The chicks of the hamerkop fledge from the nest after about 50 days.

The roul roul’s have gathered their own material from the enclosure floor for their nest, pictured below right. Keepers have just provided the bamboo which the partridges have added to the top to provide shelter. 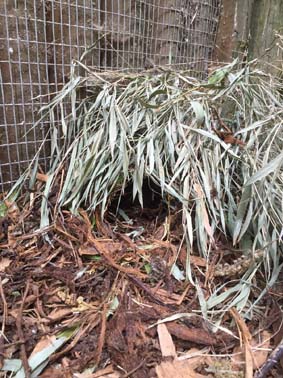 Kellie added: “It’s fascinating to watch them use their beaks to pick up twigs and feathers from the ground and throw them towards the nest.

“They make a pile which they later build into the nest after they have finished gathering.” 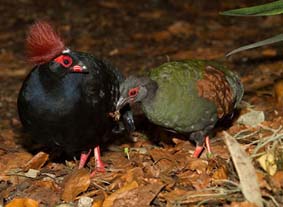 Roul roul partridges, pictured above, pair for life. They nest in a scrape in the ground which is covered with a complex dome structure of leaves and twigs in which the female is completely hidden from view. The female lays 5-6 white eggs which hatch after an incubation period of 18 days. The chicks stay with the parents for three months.

The nests are ready – hopefully some eggs will appear soon!