A Patagonian sea lion called Deisy has arrived from the South of France. 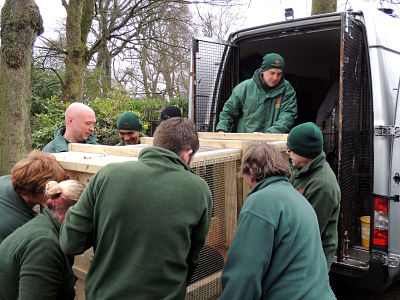 The 18-year-old female – the first foreign animal to be transferred to DZG via the Channel Tunnel – has been brought in to keep 26-year-old Cleo company and build up our sea lion group.

Deisy has translocated from African Safari, Plaisance du Touch, near Toulouse, and made the 48-hour journey in an air-conditioned vehicle.

DZG’s Registrar and Research Co-ordinator, Dr David Beeston, said we had planned to increase the group after the terribly sad death of great favourite Orry, a 22-year-old male, who passed away last July.

He said: “Female sea lions in particular do like to hang about together so Deisy will be great company for Cleo.

“Deisy is the first animal to travel to us through the Channel Tunnel and I’m sure she’ll get a very warm welcome from our visitors.” 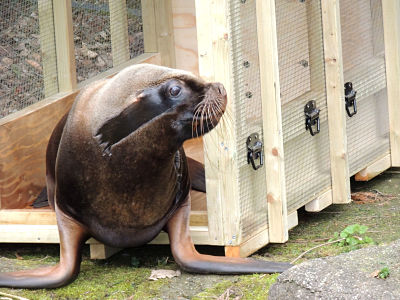 The pool is one of 12 Modernist buildings constructed between 1935 and the zoo’s opening in May 1937.

Designed by Russian architect Berthold Lubetkin and awarded World Monument status in 2009, our curvy concrete buildings make up the largest single collection of Tectons in the world. 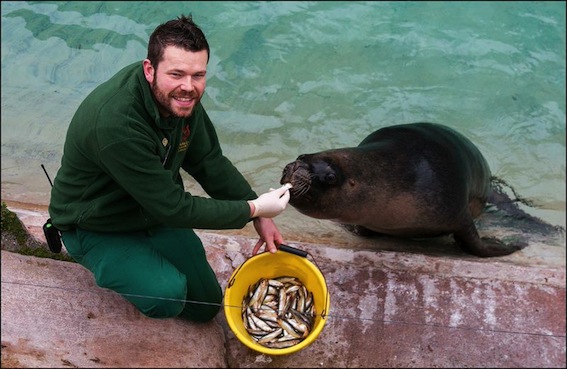 Previous: What the Keepers said!
Next: More time at DZG!