An endangered Jamaican boa, called Bob, is settling into the Reptile House. 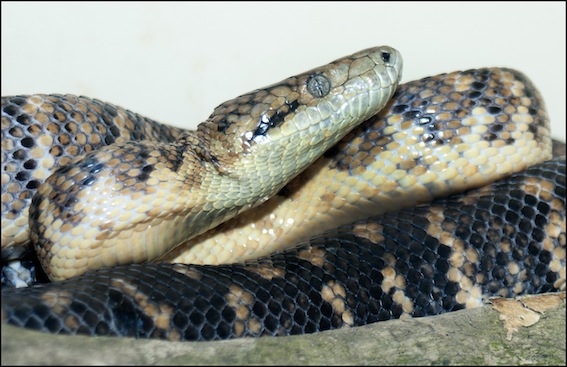 The 17-year-old snake translocated to DZG from West Midlands Safari Park and following a 30-day quarantine period in the Reptile House’s off-show bay has taken up residence in one of the newly refurbished enclosures  complete with a handmade water feature by Head of Upper Primates, Pat Stevens.

Reptile Keeper, Sam Grove, said: “He’s quite a feisty boa but he looks very colourful among the greenery and rockwork of his vivarium, and we’re hoping to move in a female quite soon.”

The species is restricted to the island of Jamaica where they hunt during the night and feed on a variety of small animals including rats, bats, lizards, birds, and frogs.