A large tropical plant in Monkey Tails has produced a rare flower for the very first time. 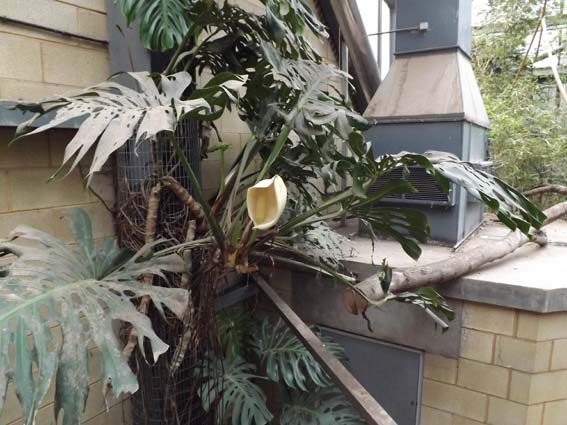 The Swiss cheese plant (Monstera deliciosa) is a species of plant native to the rainforests of Southern Mexico, which thrives in high humid temperatures. 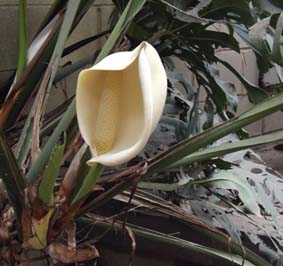 Swiss cheese plants do not usually flower until about four years-old and it is rare for an indoor grown species to produce any at all.

But the large climbing vine, near the exit door of Monkey Tails, has recently revealed its first creamy white flower, much to the delight of keepers.

Lower Primates section leader, Nicola Wright, said: “We couldn’t believe it when we saw the flower, as we have never seen it before and we’ve read it is very rare for indoor growing plants to produce any.

“It’s quite stunning to look at and thankfully the monkeys haven’t got their paws on it, yet.”

The flowers, which can last for several weeks, eventually develop into large, cone-shaped fruit that can usually take a year or more to fully ripen. 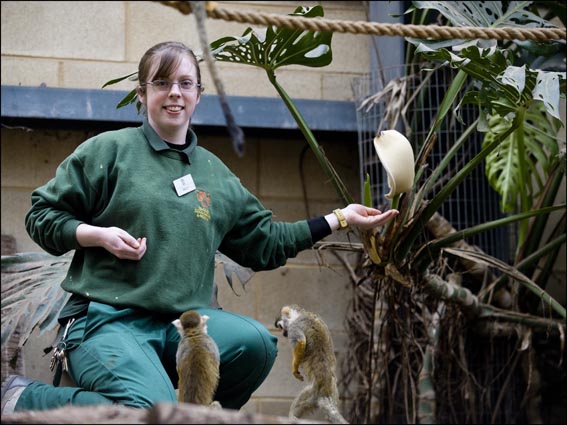 Once ripe the fruit is edible and has a strong cheese-like smell, hence its name.