Keepers are celebrating the first black howler monkey to be born at DZG. 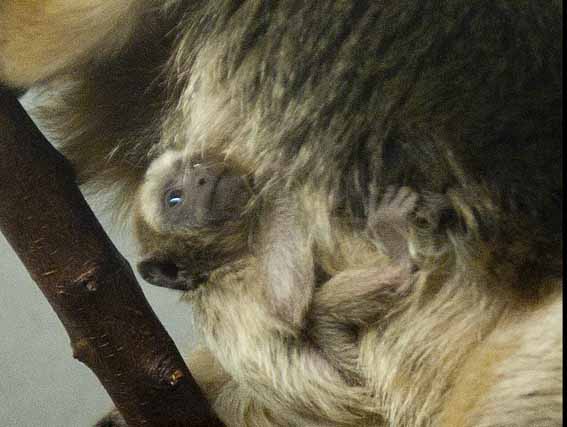 The new arrival is the offspring of five-year-old male Dargie and mum Avyanna aged three-and-a-half.

Curator Matt Lewis said:?”Avyanna has been coping well as a young first time mum and feeding the baby competently.

“This is the first time that DZG has bred a black howler, and we are proud of our achievement.” 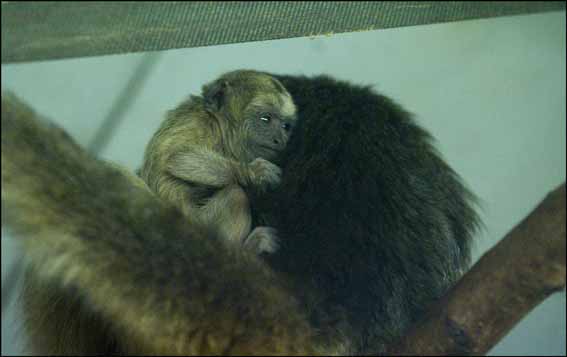 The youngster, who has been named Aria, is still very dependent and won’t be fully weaned until she is 18 months-old and can be seen cosying up to both mum and dad in their Small Primate House enclosure. 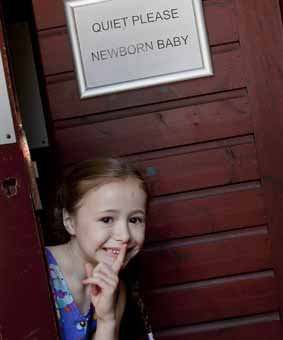 Black howler monkeys are one of the largest species of primate found in Central and South America, but only the males are black in colour.

The females have blonde fur, while juveniles are also light coloured.

Howler monkeys are so called because their unique call can be heard up to five kms away.

The call is so loud as they have a special voice box which amplifies the sound like a horn!

CAPTION: Eliza Lewis calls in on the Small Primate House to see the new arrival.