It’s birthday week in the red panda enclosure as Yasmin and Gawa celebrate their special days. 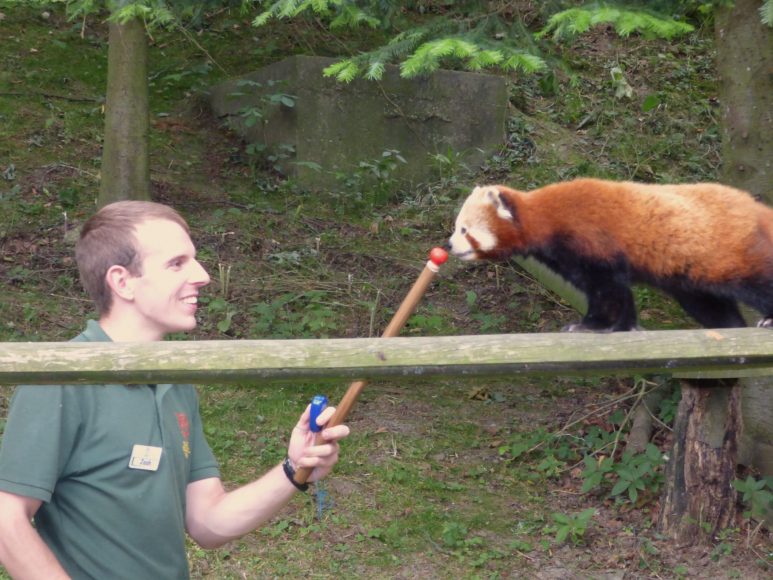 Yasmin – pictured above – is 12 today, while Gawa – pictured below – turned two last week. 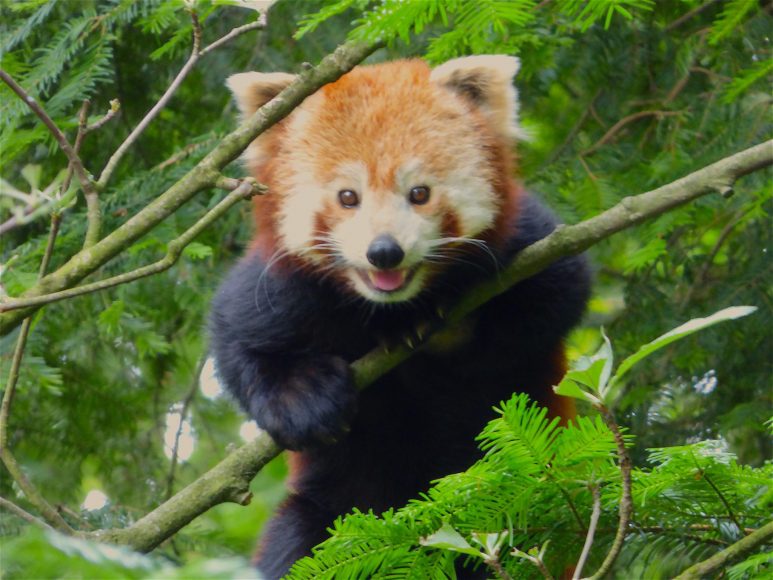 The colourful pair were given their favourite pear and banana treats by Trainee Keeper, Josh Luxton, who is currently spending time target training the duo.

During feeding time at 2.15pm, when they come down from the trees, Josh is encouraging them both to touch a target, before hearing a clicker sound and getting rewarded with food.

Josh said: “Yasmin has to touch a red target and Gawa touches a blue one as they learn to associate receiving rewards with the sound of a clicker.

“They’re doing really well and are always eager to do it, so hopefully it will become useful for husbandry tasks such as health checks.”

Previous: Thank you letters
Next: A unique mara!