There’s a birthday on the bank today as Gelada baboon, Billie, turns two but no special day is complete without a party! 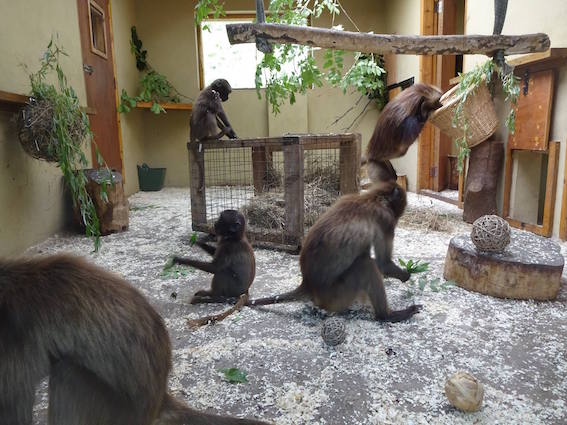 Primate Keeper, Jade Reddall threw the birthday boy a natural enrichment party, decorating the inside den area with hanging baskets filled with sense-bursting goodies and wicker balls made from edible wood for the floor.

Jade said: “I filled the baskets with hay and leafeater pellets and I added the pellets to the balls, which came from a petshop, before sprinkling mixed dried herbs all over the floor and hanging up loads of their favourite willow and ash tree browse.

“The den looked fantastic after I’d finished decorating and they all loved discovering everything. It was brilliant to watch them all getting stuck in. 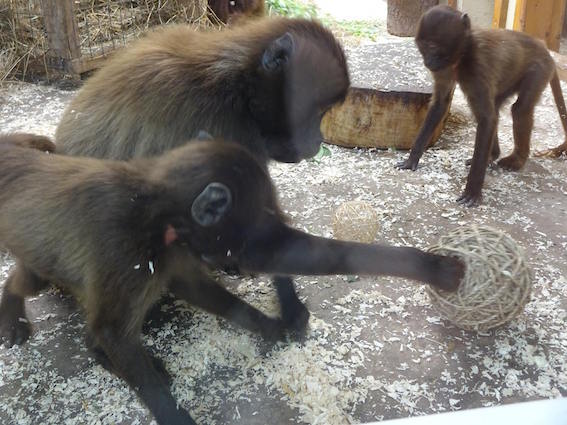 “We’d never tried the wicker edible balls or herbs with them before, but they knew there was food to get to, so there was no hesitation at all!”

In the 24 months since we welcomed Billie, who was the first ever baboon baby to be born at DZG, he’s made a big impression on his keepers, but none more so than Jade, who’s even had a tattoo of him on her arm to add to her collection of colourful inkings. 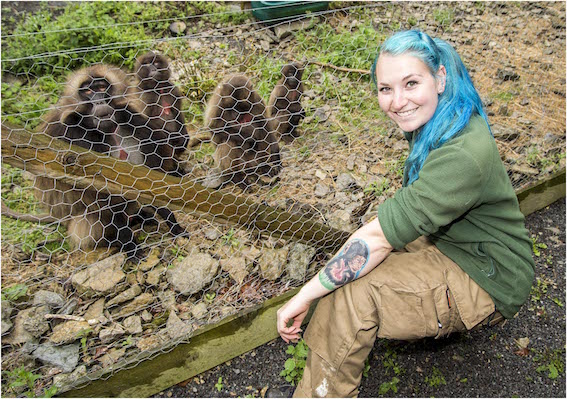 Jade, who was the first staff member to discover him at a few hours old, said: “I instantly fell in love with Billie. He is super confident and is really funny to watch. I could stand and watch him for hours playing his little brother, Ambo, up  and teasing mum, Addis.

“After returning from my trip to South Africa last year where I volunteered at a baboon sanctuary, I wanted a baboon tattoo and Billie was the obvious muse, so it’s taken from a photograph I took of him when he just four weeks old and I think it’s as wonderful as he is!”

Billie was named after conservationist and TV presenter, Bill Oddie, who officially opened their bank enclosure in 2014.