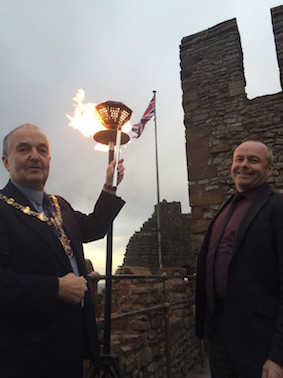 The Mayor of Dudley, Cllr Steve Waltho lit a beacon atop the 11th century castle in the heart of the zoological gardens to form a chain of light across the country to honour HRH Queen Elizabeth II’s milestone. 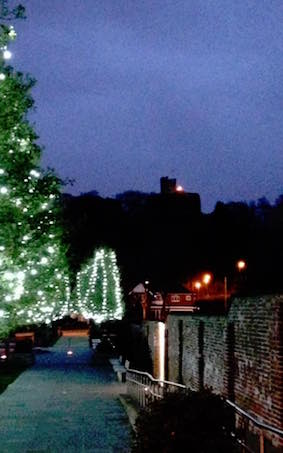 The castle beacon, which was lit at 7.30pm was one of 1,000 across the Commonwealth.

Zoo Director, Derek Grove, said: “It was a great honour for us to be selected to host the Dudley borough’s celebrations to commemorate the Queen’s birthday.

“It was wonderful to see the flame burning brightly from the top of the castle, and should have been seen for miles around.”

Thanks to @dudleymbc for the pic of the burning beacon!