We’re thrilled to announce the birth of a critically endangered Colombian black spider monkey, which was captured on camera by one of our delighted primate keepers.

Harley said: “As soon as I realised Valentine was giving birth and the baby was very imminent, I grabbed my phone and hid by the window, filming through the glass while trying to watch what was unfolding at the same time.

“It was amazing to see the baby arrive around six minutes later and I felt very privileged.

“Just as she was about to birth the baby, the other spider monkeys all went outside, so she was left alone in the den, but as soon as the baby arrived, she brought it straight over to the window to show me. It was an incredible moment and I felt like her proud birthing partner!” 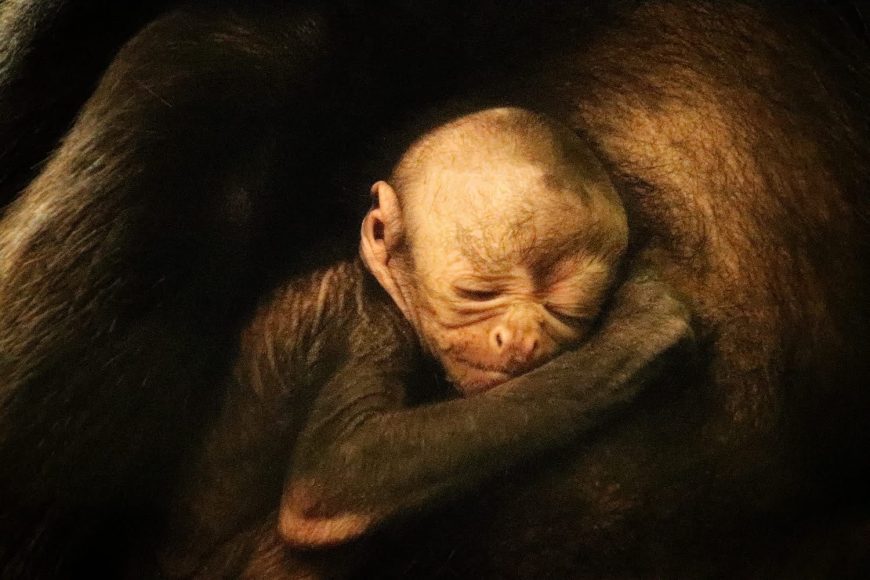 The baby is our second arrival in five months and follows little Nina, who was born to the group’s other female, Evita, outside in the paddock in front of shocked visitors last August.

Dad to both youngsters is 13 year-old Chester. 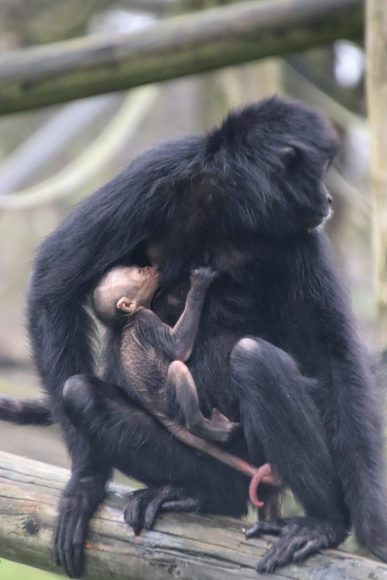 Lower Primates Team Leader, Jodie Dryden said: “Births are rare to witness, as most species usually labour at night, but both our females obviously felt comfortable enough to have their babies in front of people during the day!

“Baby is doing really well and feeding fine, and we’re seeing Valentine trying to get to grips with motherhood, like every new mum, but having had Evita to watch over the last few months would have helped.

“We haven’t had any baby spider monkeys for four decades, so we’re really pleased to have successfully bred two of the rare primates in less than six months and helped play our part in boosting the numbers of this critically endangered species.”

Colombian black spider monkeys are hunted for their meat, as well as being under threat from forest deforestation.