Three male birds of prey are back flying at Dudley Zoo – after taking 10 months maternity leave! 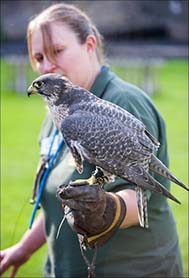 Gyr Saker falcon Riot, Ferruginous buzzard Icarus and Harris hawk Teal are all owned by DZG Head of Birds Kellie Piper, pictured right with Riot, and stayed in the aviary at her home during her 10-month maternity break.

Kellie and the boys left DZG at the end of June last year, just a few weeks before her daughter Megan was born on July 22.

And as Kellie’s maternity leave came to an end this April, the boys also made their return to the zoo aviaries and are now back in full flight in the Castle courtyard. 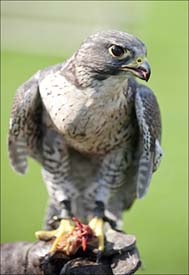 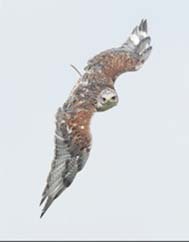 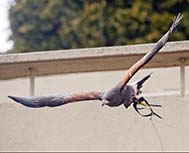 Caption: Back at DZG – Riot, Icarus and Teal

Kellie said: “It’s like I’ve never been away but it’s good to be back giving the birds plenty of exercise.

“Riot is back flying in the 12 noon daily bird of prey displays and the other two are flown in the afternoons with our Keepers for a Day.” 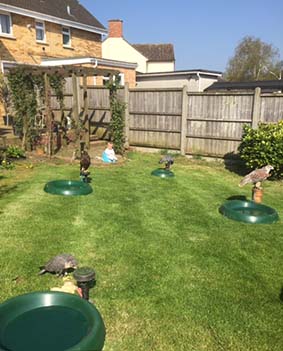 She said little Megan had really enjoyed watching the birds in the garden.

Kellie said: “Megan was totally fascinated by the birds when I put them out to weather in the garden. They were tethered to perches on the lawn and she would sit out and watch them.

“The birds sat out in the sun to get vitamin D3 from the rays and had baths outside.

“My friend has even bought Megan her own little falconry glove, she’s definitely a falconer in the making!” 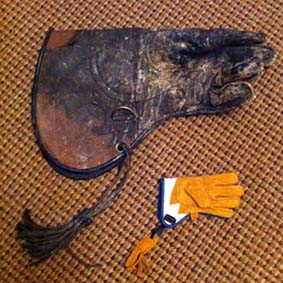 LEFT: Baby Megan watches the birds of prey in her garden

Catch up with Riot and the rest of our birds of prey display team in our 12 o’clock daily shows.