Tiny American kestrel Ruby is DZG’s first bird of prey to wear a special backpack transmitter to keep track of her during our flying displays. 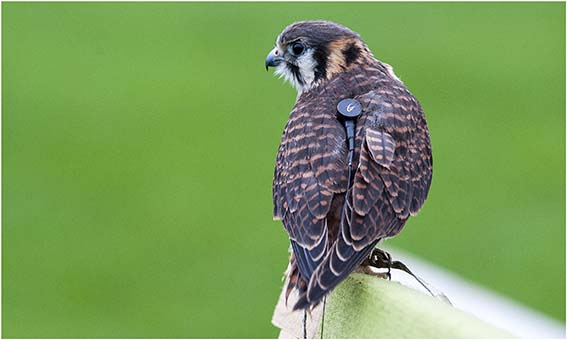 All our birds of prey wear transmitters during the daily displays but six-month-old Ruby, pictured above and below, is too tiny to wear the traditional type devices which are attached to a leg or tail. 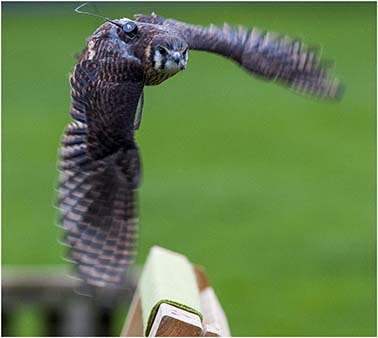 Head of Birds Kellie Piper said: “This is the first time we’ve tried the backpack-style transmitter and we’ve spent a lot of time training Ruby to help get her used to it.

“There are front-fastening straps, like a ribbon, which she wears permanently and we attach the transmitter to the small plate on the back of the straps before she flies. It doesn’t bother her at all.

“Usually our birds would have a tracking device attached to their leg or tail but Ruby is too tiny to be able to manage one of those, so the new type suits her perfectly.”

Birds wear transmitters during displays so that keepers would be able to track them should they ever fly off, be taken by the wind or get spooked by something.

Ruby, who arrived at the zoo this summer, is doing well in the DZG display team and can be seen flying to the fist. She is also flown by our Keepers for a Day.

Americans are the smallest of the kestrels and feed on insects, small mammals, grasshoppers, mice and small birds. 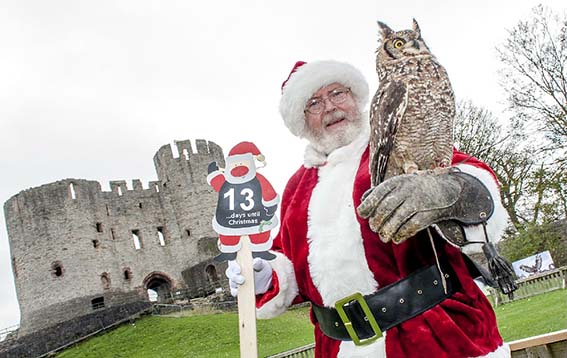 Our bird of prey flying displays take place in the Castle courtyard at 12 noon daily and Santa has been spotted there too. Just 13 sleeps now until the big day!

Previous: Ozs special visitor
Next: Eye on the tiger!