What has a feline face, a bear-like body, a tail like a monkey and smells of popcorn? It’s a binturong – the exciting new species at DZG. 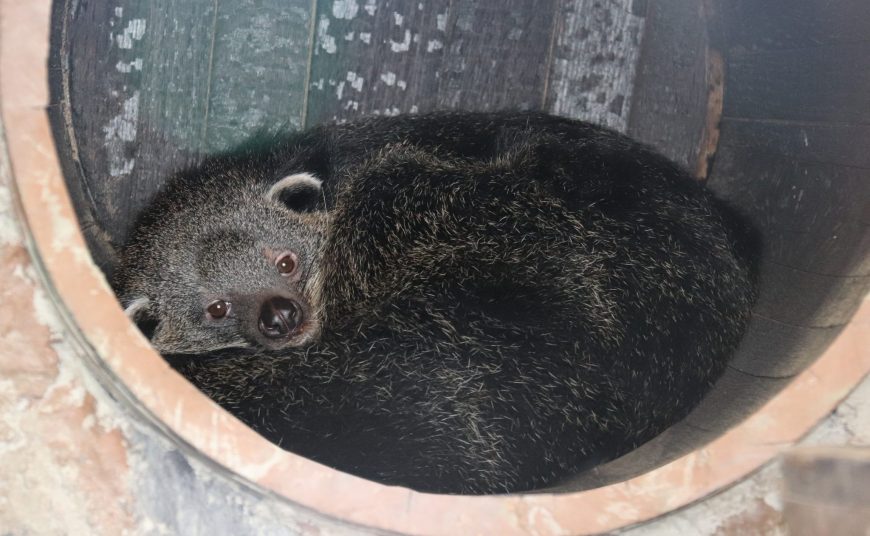 Elliot the one-year-old binturong, also known as a bearcat, has joined us from Olomouc Zoo in the Czech Republic and has moved into an incredible new £25,000 abode. 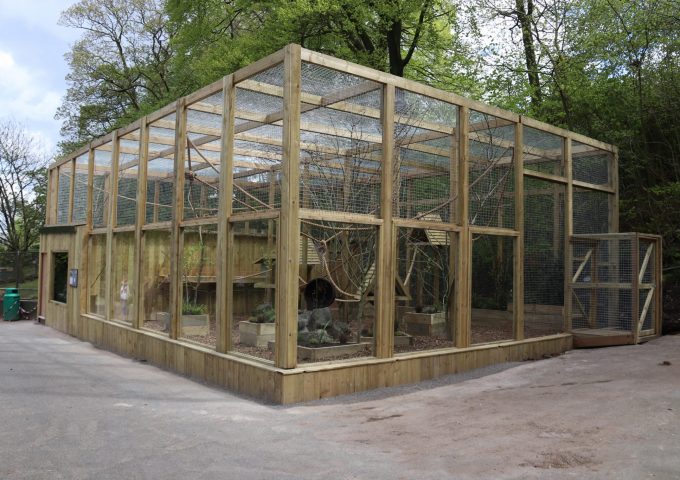 The 4.5m high impressive structure – built by our maintenance team and keepers – includes glass viewing areas, a climbing frame and two old whisky barrels which were kindly donated to the zoo by Eric Jenkins from the Whitford Group in Bromsgrove.

Part of a barrel is suspended in the outdoor section of Elliot’s enclosure and the other barrel has been embedded into a false tree trunk as a binturong bed.

The indoor tree was created by keepers and decorated by talented amateur artist Colin Reddall – the dad of Lower Primates Keeper, Jade. 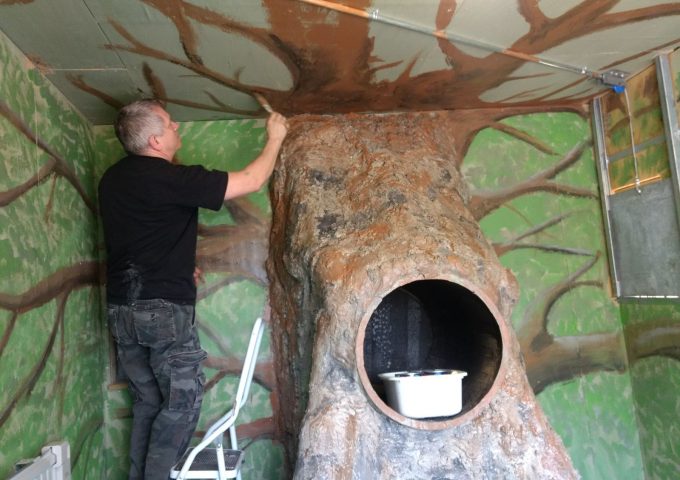 Zoo Director Derek Grove said: “The binturong is an interesting addition to our exotic collection and will hopefully prove fascinating to our visitors too.

“We are also thrilled with the enclosure which has a large glass area allowing people to get great views.”

The binturong, an arboreal species from South and Southeast Asia, has scent glands under its tail which it uses to mark out branches and foliage in its territory, but to humans it smells like buttered popcorn.

Binturongs are excellent climbers and can sleep high in tree branches. They curl up with their heads tucked under their prehensile tails, which act like another limb to anchor the animals around a branch.

Previous: Babies spring up
Next: All smiles