By day, Bill Newton is DZG’s storeman, but out of hours he transforms into a prestigious Kennel Club judge! 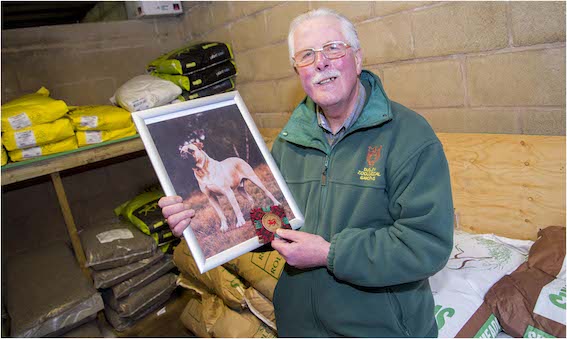 When he’s not sourcing food for our 200 animal species, Bill, who at 72 years-old is DZG’s oldest employee, has been showing and judging dogs for almost five decades, specialising in Bullmastiffs.

Bill said: “I’ve always had dogs growing up and started showing in 1968 and then it was just a natural progression into judging.

“I started to judge at low level competitions, before working my way up the ladder which led me to become a judge for The Kennel Club.” 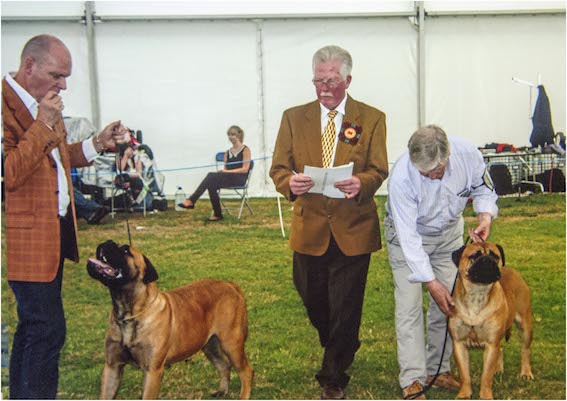 The role has taken Bill around the UK and overseas, judging Bullmastiffs in prestigious shows and championships in Brussels, Ireland and Dortmund as well as on home soil at Crufts and as recently as August last year Bill adjudicated at the Welsh Kennel Club Dog Show – pictured above.

And Bill’s meticulous judging critiques have made him the perfect storeman at DZG for the last 14 years, joining the team after retiring as an industrial works manager.

His role involves thorough stock-keeping and ordering of the freshest fruit, vegetables, meat, fish and specialised dry food and bedding, which has to be accurately weighed and recorded before being distributed out across the 40-acre site every day of the year.

But in his spare time, he and his wife, Janet, from Hinksford, Staffordshire, have bred and raised dozens of Bullmastiffs, including five champions  one of which, called Toby, also known by his Kennel Club name, Craigylea, won best of breed for three consecutive years from 1977. 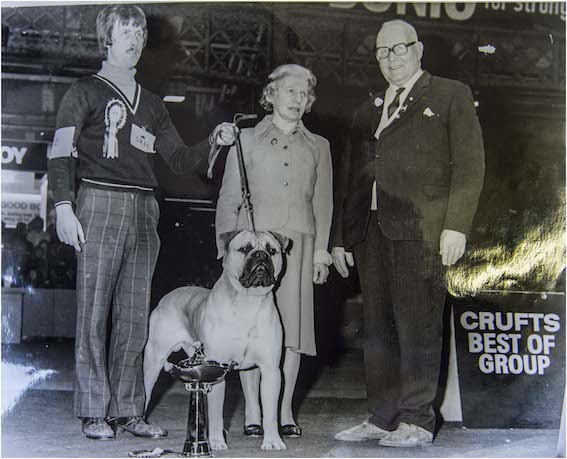 Bill, who is also the Honorary Life President of the Welsh and West of England Bullmastiff Society, added: “We were never interested in breeding our dogs to sell, in fact we kept most of them ourselves or family members had them and at one time we had four adult Bullmastiffs living with us as pets.

“I love the breed, it does sometimes get bad press, although I have no idea why as they have absolutely brilliant temperaments, especially with children.

“These days I do occasionally show other dogs for friends, but don’t show for myself anymore.  I still enjoy judging though and already have dates booked in my diary three years in advance.

“The Kennel Club has been part of my life for so long that I’ve never known any different. I love it.”

Previous: One week for Tecton contest
Next: Flamingos and macaques move in!