Conservationist and TV Presenter, Bill Oddie checked out the last surviving species of grazing primates at DZG yesterday when he opened our £20,000 Baboons on the Bank exhibit, a one-acre natural hillside home for a family group of Gelada baboons. 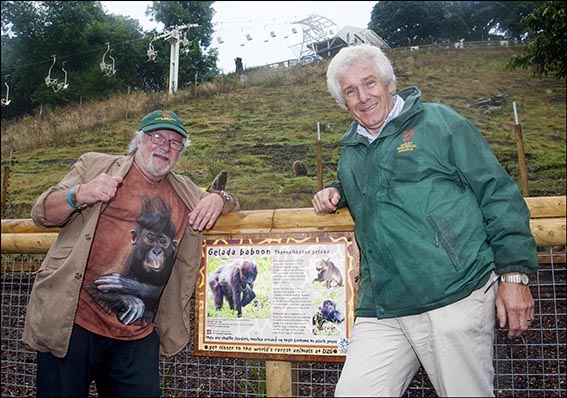 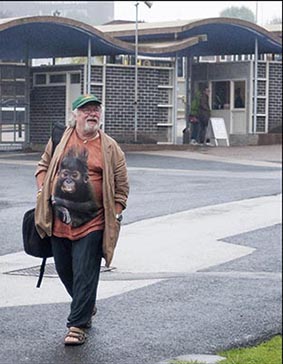 Bill also said hello to his namesake  seven-week-old male baboon, Billie born July 8 to mum, Addis and dad, Ebano ?the site’s first Gelada baby in its 77-year history. The species was introduced to DZG last year.         DZG? CEO,?Peter Suddock said: “We were delighted to welcome Bill to open our Baboons on the Bank enclosure which was constructed by our Development Team and provides a natural hillside home for the five-strong Gelada group.   “He also took in a tour of the site to see our latest developments and met a few new arrivals during our recent baby boom – including seven-week-old Billie, for whom he received a DZG adoption pack.”   Bill, who grew up in the Halesowen / Quinton area before moving to Cambridge to study English Literature, is an accomplished writer, ornithologist and keen zoo supporter, with a fondness for native species. 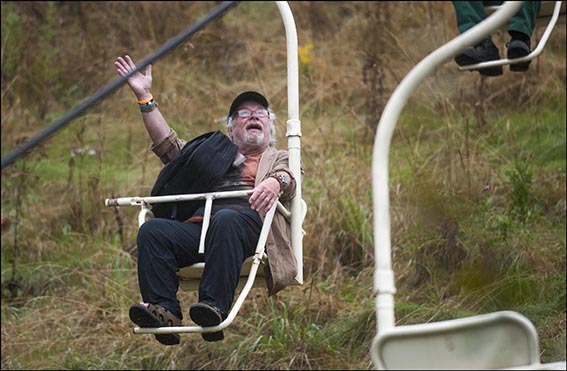 He said: ?”I’m sure DZG was the first zoo I? ever visited as a kid and must have helped nurture my love of wildlife. 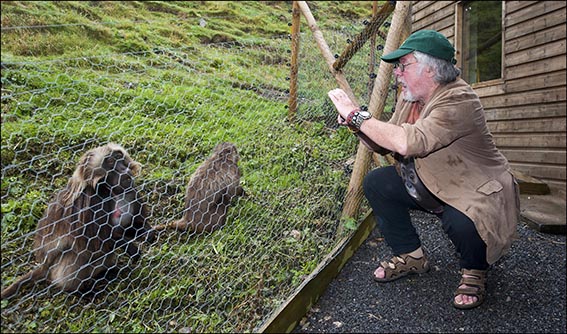 “The work done by modern zoos is becoming increasingly important and it was very interesting to hear of DZG’s conservation role, and particularly to see first hand their breeding programme with Gelada baboons.”   Baboons on the Bank can be viewed from an indoor shelter on the lower level, at the top of the bank adjacent to the reindeer paddock or simply by soaring over them on the country’s only vintage chairlift.   Geladas  the last surviving species of grazing primate  originate from the Ethiopian highlands and are also known as bleeding heart baboons due to the bare patch of red skin on their chests. 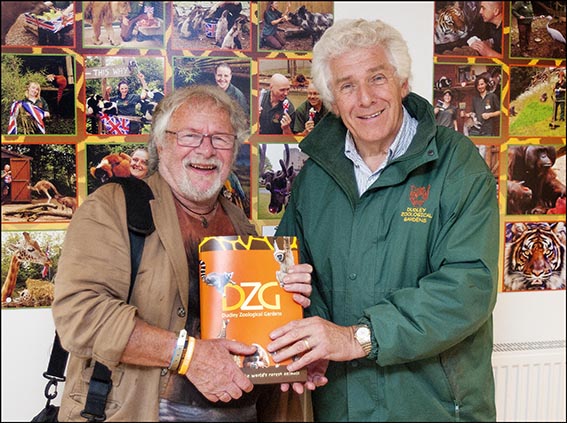 Previous: Waiting for Bill . . .
Next: Lacey becomes a mum!