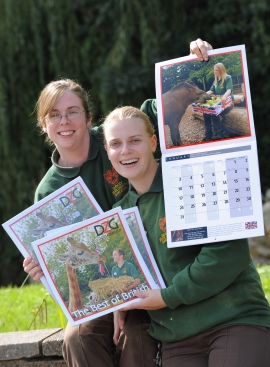 DZG’s 2011 calendar shows our commitment to the very Best of British.

Throughout the months we explain why it’s important to buy British foods for our animals. Not simply British, but as locally grown to DZG as we can possibly get.

It’s not a new story, we’ve been doing it since 1937 when the zoo opened, but it has one or two surprises… few people know that bamboo for our red pandas is grown in the moat of an ancient Shropshire manor house!

We hit on the theme after being invited to the launch of British Food Fortnight at Westminster Cathedral, when DZG members of staff were presented to HRH Camilla, Duchess of Cornwall.

The calendar was designed by Head of Media and Communications, Jill Hitchman, who persuaded keepers to pose with a variety of foods and Union flag props.

Proceeds will go towards DZG’s Madagascar Campaign to support lemurs in the wild and Help for Heroes.

CAPTIONS: The Best of British at DZG. 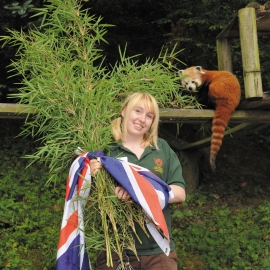 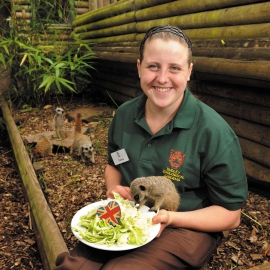 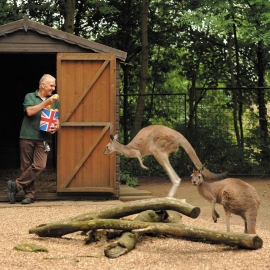