We’re wishing Senior Keeper Rachel Leek the best of luck, as she’s set to trek 80 miles along Hadrian’s Wall next week to raise money for spider monkeys in the wild! 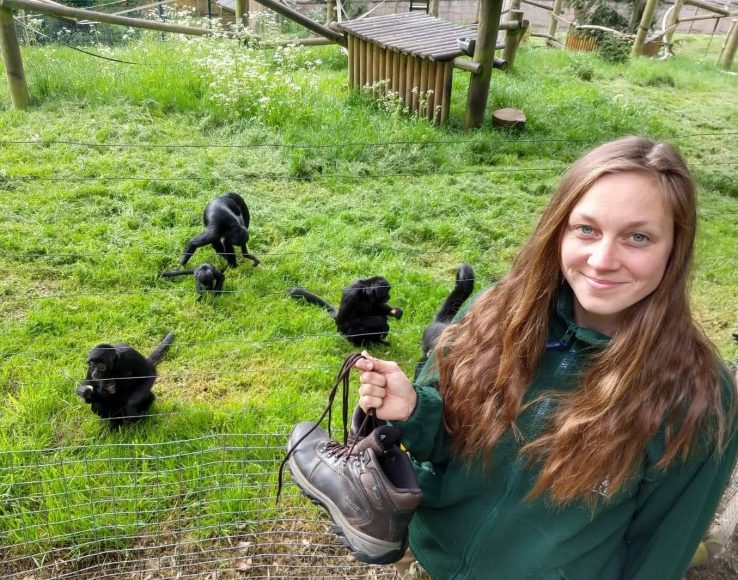 The Lower Primates keeper will be tackling the mammoth challenge alongside husband Adam as she fundraises for Wildtracks, a charity in Belize, which works to rehabilitate black howler monkeys and Geoffroy’s spider monkeys, as well as carrying out habitat conservation and community engagement.

Rachel said: “Walking Hadrian’s Wall is something I’ve always wanted to do and I thought why not make it as sponsored event so it can benefit something else.

“I’ve always had a soft spot for spider monkeys, they’re my favourite of all the monkey species and Wildtracks are a really commendable charity which is working with them in the wild.”

In preparation for the walk, the couple have been doing practice hikes over the last few months and are aiming to walk around 15 miles a day over the course of the week.

If you’d like to support Rachel’s conservation efforts, you can sponsor her HERE.