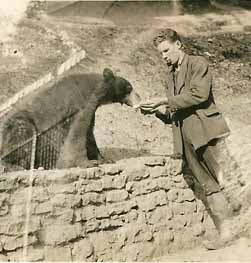 Her father, Richard Kerwood, was the sites first Head Keeper when the zoo opened to the public in 1937 and Beryl was born in a staff cottage in nearby Tower Street.

Mum, Agnes, worked in one of the Tecton kiosks and Beryl, along with her eight siblings, used to lend a hand around the site during the 1940s.

She said: I have such fond memories of Dudley Zoo, it was a huge part of my life when I?was a young girl, there was always something happening and we got close to some amazing animals.

Dad often used to bring home injured or orphaned animals and my earliest memories are of playing with chimps he brought to the house for treatment. 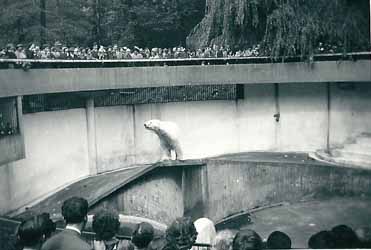 I didnt appreciate it at the time but it was a truly wonderful childhood. To me it was just how we lived and I?didnt see it as unusual.

She attended St Edmunds Church School and was delighted to be included in the class day trip, only to discover it was a visit to Dudley Zoo!

She said: I couldnt believe it, Id paid my money and then found out I was coming home. I?spent the whole of the trip hiding from my dad – he would have gone mad if hed known I?had paid for the experience. 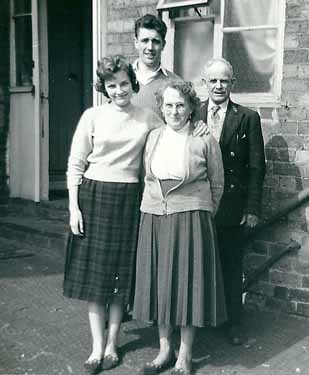 Her brothers Richard and Kenneth joined the zoo staff when they left school and worked on site until retirement. Kenneths ashes were scattered on the site after his death.

Beryl and husband Barry emigrated to Australia 41 years ago, but have kept in touch with relatives and friends throughout the decades.

Beryl said: From time to time we spend a few weeks catching up on old friends and family in the UK but we cant visit Dudley without calling in on the zoo.

 A couple of years ago I contacted staff to see if they had any memorabilia linked to my family from the zoos early days and was delighted when Barry and I were invited along to spend a day on site.

DZG Head of Media and Communications, Jill Hitchman, said: Beryls inquiry set me on a quest. I spent hours in the archives trawling through old albums and cuttings and came across several photographs and press pieces that I?copied to give to her. 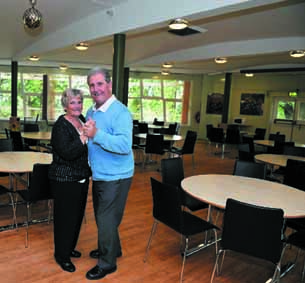 She and Barry spent a day with me going round the site and exchanging stories. I found it all fascinating – many of the details were useful as we have scant information about some of the early periods.
Jill added: “We have stayed in contact and regularly exchange emails about the zoo; Beryl likes to be kept up to date with our news and sends any old photographs she thinks may be of interest.”
Beryl added: I?cant thank DZG staff enough for all their kindness. It was a great day and certainly brought back lots of memories for Barry and myself of all those years at Dudley Zoo.
There have been many changes to the place, but its in great shape and looking good.
CAPTIONS: TOP RIGHT: Beryl’s brother, Albert Kerwood, who worked as a bear keeper in 1937 when Dudley Zoo opened to the public.
TOP LEFT: Crowds watch the polar bears in the triple Tecton complex in 1938.
ABOVE RIGHT: Beryl and Barry with her parents at the rear of 7A Castle Hill in 1960. The property, which remains DZG staff accommodation, was Beryl’s family home until she married.
<
Previous: Now you see me . . .
Next: It’s a lazy Sunday . . .