The family of a 90-year-old Black Country woman made history when members recreated a Victorian photograph set in Dudley Castle as a surprise birthday present. 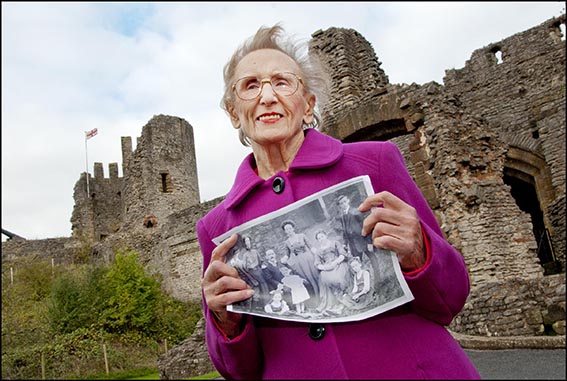 Nonagenarian, Beryl Brookes, of Dudley, had long admired a portrait of her mother posing by the castle’s triple arch, and as a family gift to mark her nine decades her daughter, Avril Watkins, organised a replica photoshoot.   Avril, of Upper Gornal, explained: “When I was a child mum often showed me and my brother the photograph of her own mother at Dudley Castle, which was taken on her 21st birthday in the late 1890s. 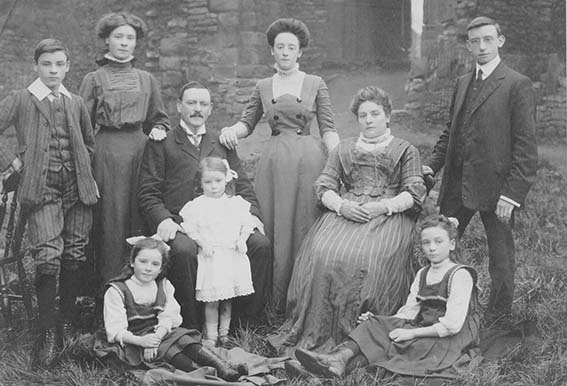 “She loved the venue and the fact that all her immediate relatives were on it and mentioned that it would be wonderful to do the same with our family.   “That gave me an idea for mum’s 90th birthday present  so I contacted everyone in the family to test the water and they all agreed we should go for it.”   She added: “When I contacted the zoo they were fantastic and did everything they could to make mum’s day special. They set up the photographs and also arranged for mum to travel up to the castle by land train decorated with bunting.   “The photoshoot was fun and the photographs are just lovely; a marvellous memento of an important family occasion.”   Beryl said the photograph would give hours of pleasure to her and her family. She added:?”I?can’t believe we’ve done it, it’s amazing and something that will be treasured for many years to come.” 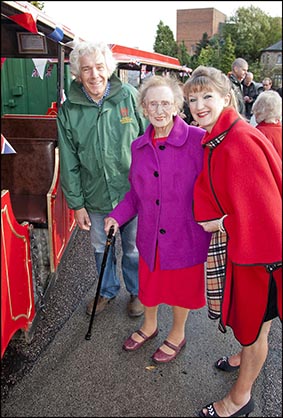 DZG CEO Peter Suddock, who welcomed Beryl and Avril to the site  pictured left  said: “The zoological gardens didn’t open until 1937 which means their photograph was set within the castle grounds which were a very popular spot for a Sunday afternoon walk for local folk.   “We set up a few chairs and rearranged the group so it recreated that important picture for Beryl based on the 1890’s original and were delighted to be able to help Beryl make a little bit of family history.”   The original photograph shows Beryl’s mother, Emily Maud Oakley at the centre of the group, flanked by her parents Sarah and Ben Oakley.   To the left is Emily’s sister, Nelly, and brother, Sid, and to the right is a young man known as Tom, who remains a mystery! The younger sisters are Marie, Ida and Dolly.   The 2013 photograph features Beryl, her sister Marion Bradley, daughter Avril and son-in-law Graham, son Malcolm and daughter-in-law Jenny, four grandchildren, four great grandchildren, plus nephews and family member partners.

Following the photoshoot the group enjoyed refreshments in the Queen Mary Restaurant where Beryl revealed she had attended tea dances during the 1950s and 60s.   Avril said: “Mum often used to dance around the ballroom with my late father, Alf, and has very special memories of the place.   “Dancing still plays a huge part in her life, and despite suffering a

Previous: Calendar now on sale!
Next: What’s in the Hallowe’en box?