Our three-year-old sloth can’t get enough of hibiscus flowers and our Head Gardener, Carl Stevens, pictured below, has purchased a variety of the plants for the site’s greenhouses so Reggie can enjoy his fill of freshly picked beautiful blooms, which only last one day. 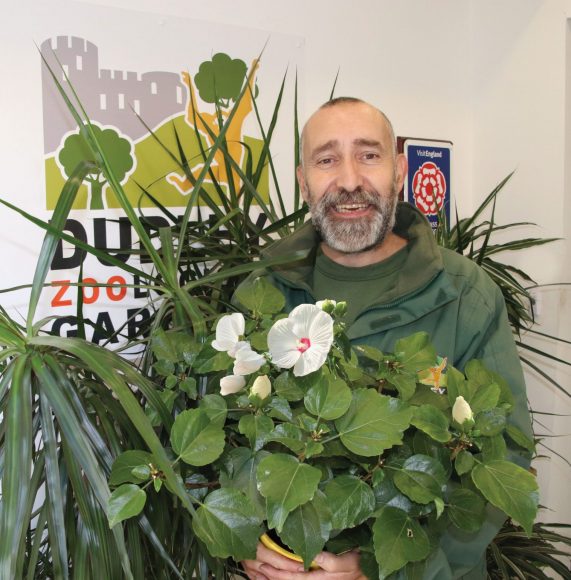 Upper Primates Section Leader Pat Stevens said: “Hibiscus flowers are definitely Reggie’s favourite food and despite having a typically slow nature, he soon appears when we have one and will gobble them up whole in seconds, usually leaving pollen all over the end of his nose in the process!” 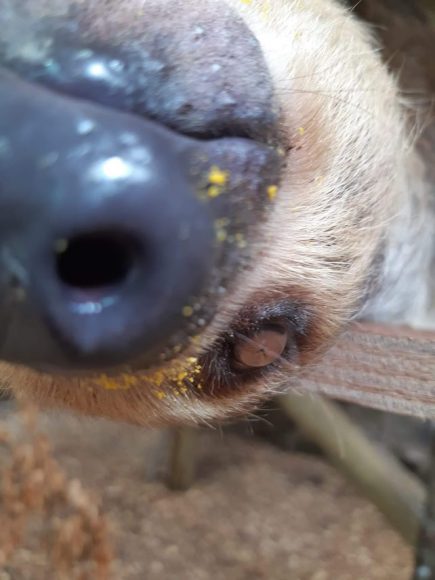 Sloths have a low metabolic rate, which means they can survive on small amounts of food and it can also take up to a month to fully digest one meal.

Alongside hibiscus flowers, which Reggie is served as soon as one blooms, his other favourite foods include chunks of sweet potato and green beans.

His daily diet also comprises carrot, parsnip, butternut squash, broccoli and cauliflower although keepers have discovered he’s not so keen on cucumber, celery and peppers.

Meanwhile, building work on Reggie’s new enclosure is continuing in earnest and we hope to have him moved in ready for half term.

Previous: Bear plans put in place
Next: A special baby…