Further plans have been put in motion to bring brown bears back to DZG following a visit to a four-day international zoo event. 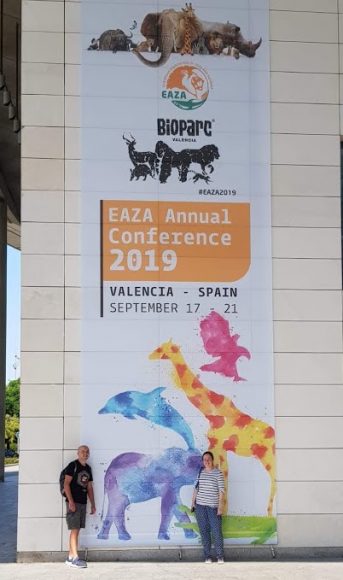 The pair participated in a packed programme of events, which included workshops, meetings, lectures and a tour of the zoo.

And DZG even got a mention on the European stage for our work supporting the Arctictis Binturong Conservation. 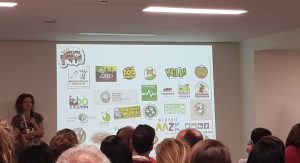 Nicola said: “It’s a very intense few days as there’s a lot to pack in, but it’s really interesting.”

Richard added: “These events are an ideal opportunity to network and meet up with zoo colleagues we only ever speak to via email, but it also gave us chance to speak with keepers from Bojnice Zoo in Slovaki about receiving a group of bears next year, which is really great news for DZG.”

Bringing European brown bears back to Dudley was the top project voted for by our visitors who added the voluntary Gift Aid donation to their entrance fee during 2018.

We plan to renovate the iconic Bear Ravine Tecton, to house a group of orphaned brown bears from Bojnice Zoo in Slovakia and it is hoped the bears will arrive next spring.

Work to the Modernist structure will include using it to form part of the new enclosure’s perimeter. A new indoor house will be built at the far end of the paddock (as the dens in the Tecton are no longer fit for modern day husbandry) along with a large climbing frame.