Ongoing restoration work on DZG’s Tecton Bear Ravine has uncovered the names of former residents over their den doors. 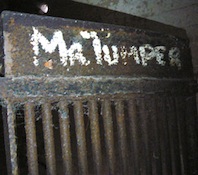 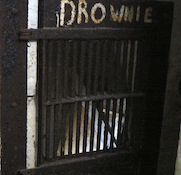 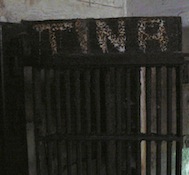 When workers began clearing out the den area at the base of the Modernist structure they discovered the names of some of the bears painted on the metal den doors as well as a steel spiked roller used as a security measure on the lower cantilevered platform to prevent the animals reaching visitors.

DZG Construction Supervisor, Carlo Diponio, said: “The den doors are still in great condition, although the dens themselves are not suitable for modern day animal husbandry and the roller just needs cleaning up and galvanizing. 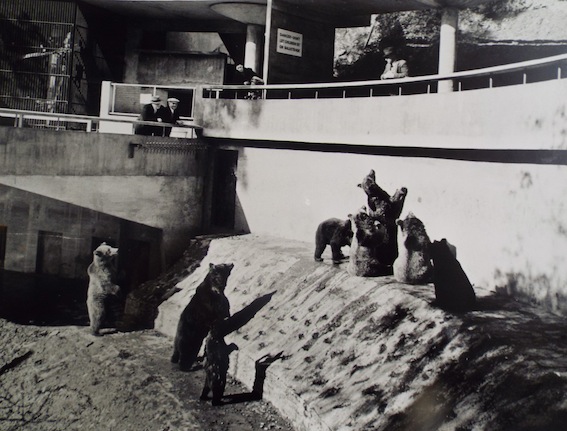 “It was a real surprise to discover the names of some of the bears who once lived there still clearly painted on the doors  we’ve spotted the names Tina, Drownie and Mr Tumper  and it makes the history of the building come alive even more.”

DZG Registrar and Research Co-ordinator, Dr David Beeston said the ravine was last used to house Himalayan black bears and European brown bear bears in the late 1970s, although it’s not known when those particular named bears lived there.

The work on the Bear Ravine – thought by many as being Lubetkin’s finest work in the DZG collection -is being carried out as part of phase II of the £1.15million Heritage Lottery Funded project, alongside the adjacent Kiosk One with the iconic zoo entrance and the Safari Shop already restored to their original state.

DZG CEO Peter Suddock said restoration plans, which are currently ahead of schedule, will include adding a toughened piece of glass into the floor so visitors will be able to view the dens underneath and restoring the steel roller in its original position. 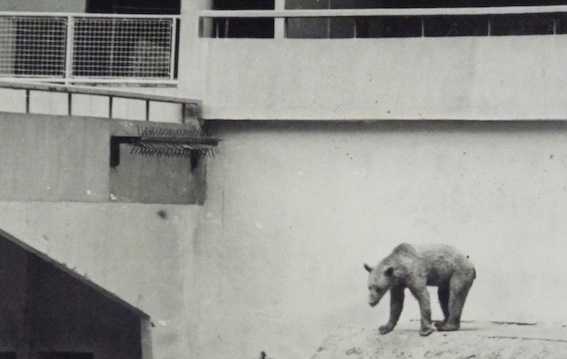 Mr Suddock said: “We are hoping to keep an animal species on the lower level which incorporates the original bear pit, but the dens won’t be in use, so by putting a clear glass panel in the floor of the balcony where visitors will be able to access, will allow them to see the dens below and spot the bear names for themselves.

“And the spiked roller, which was there to stop the bears leaning up and getting too close to members of the public, will be cleaned up and put back in the original position so visitors can see how it would have been used.”