A smoothie maker donated to DZG by couple of kind supporters has been used to serve up a fruit feast for our colony of bats. 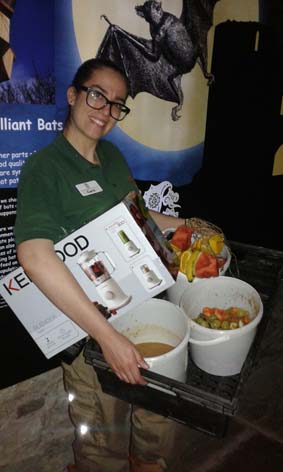 And the treat has gone down a storm with the flying mammals in our Castle Creatures exhibit.

Cara said: “The smoothie maker was donated to us from our new Amazon wish list and now we can make smoothies for the bats.

“They love slurping it from trays placed around their enclosure.”

The smoothie maker was one of several items given to DZG by adopters Lee Hamilton, from just outside Glasgow, and Luke Baker, from London. They also joined us as Keepers for the Day last month.

The zoo created an Amazon wish list at the end of August offering donors a choice of practical items we need. They can then be purchased online and delivered direct to our Castle Hill site.

The full Dudley Zoo wish list is available by CLICKING HERE or searching for Dudley Zoo in the wish list section on Amazon’s UK homepage. 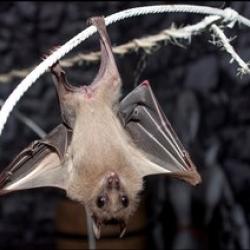 Bats can eat their own weight in fruit in just one night!

Egyptian fruit bats are teetotal. Scientists have shown that they will smell the alcohol (ethanol) produced by fermenting fruit and will actively avoid it!

Previous: Blooming delicious!
Next: Jellys in their golden bellies!