The RAF flag is flying atop Dudley Castle, at the heart of the zoological gardens, to commemorate the 74th anniversary of the Battle of Britain. 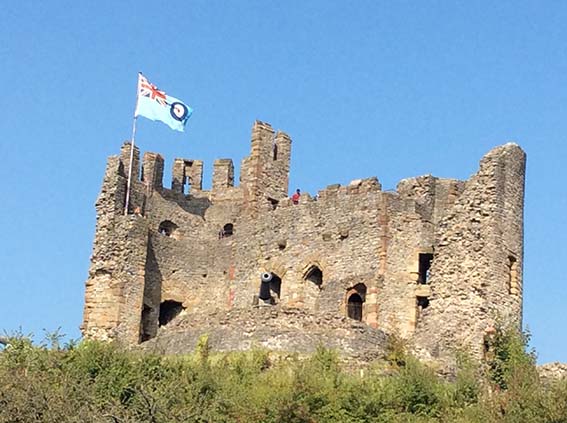 DZG CEO Peter Suddock, said: “We fly the RAF flag as a mark of respect for those brave personnel who took part in the conflict.

“At the time of the Battle in 1940 DZG had been open for just two-and-a-half years and many male members of staff left the zoo to join the war effort.”

Despite a reduced workforce the zoo remained open, relying heavily on a Mum’s Army to carry out duties across site.

On Sunday, September 21, Dudley townsfolk will be remembering the World War II campaign in an 11.30am service at St Thomas and St Luke’s Church (Top Church) followed by a parade of borough Air Training Corps through the town centre and the laying of wreaths at the cenotaph in Ednam Road.

Previous: The wonderful thing about tiggers
Next: Zoe’s dream job