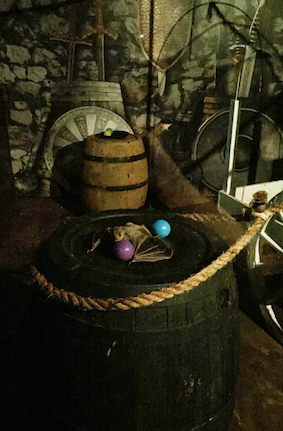 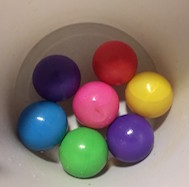 Cara said: “I whizzed the fruit together using a food blender which was donated through the zoo’s Amazon Wish List, along with the balls and I placed them in different places around the enclosure, so they could move them about to get the juice out.

“I left the enrichment in their Castle Creatures enclosure from 11am until 4pm and it worked really well, although the Egyptian bats seems more interested in it than the Sebas.” 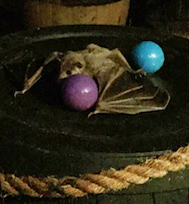 As well as the plastic balls, Cara also strung up bird feeders, packed full of pieces of orange, pear, apple and melon and she even tried hanging a whole melon up  which soon disappeared!

Cara added: “We don’t like making things easy for them. Making them work for their food keeps them occupied for longer.

“It’s the first time I’ve tried something like this with them, but I’ll definitely try it again.”

Previous: Free entry for patriotic event
Next: Radiographers Wake up the Zoo!