Conservation Officer Chris Leeson shared his tales of hanging out with wild bats at a conference for animal experts. 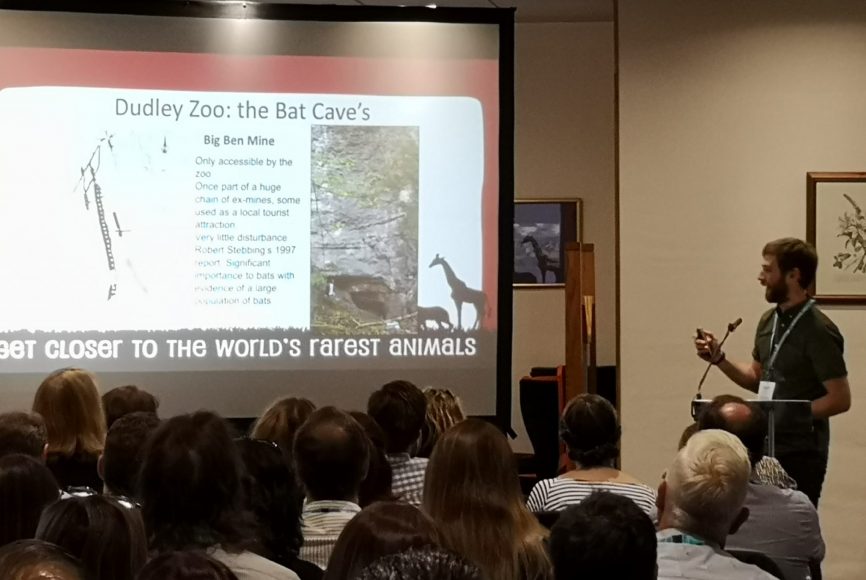 Through a series of late-night surveys inside two off-show caverns at DZG, Chris and members of Brumbats have discovered nine species of wild bats roosting on site. 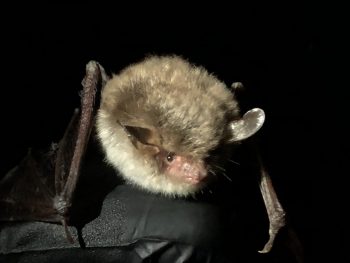 Using specialist detecting equipment, the conservationists have been catching bats, measuring their wings and clipping their hair to get a DNA sample to see if they come across the same bats again.

The BIAZA annual conference took place in Devon from June 6 to 8 and was jointly hosted by Shaldon Wildlife Trust near Teignmouth and Living Coasts Zoo & Aquarium in Torquay.

Chris said: “The theme of the conference was collaboration and co-operation and how we all work together for wildlife, so our relationship with Brumbats was very topical.

“My talk was very well received and several members said they enjoyed that it was informative and humorous at the same time.”

Chris attended the event with our Assistant Curator Jay Haywood and heard many of the 25 talks to share and pick up new ideas from colleagues working at similar attractions.

Previous: Here’s to Dads and Gawa
Next: Someone old, someone new!