Geoffroy’s cat, Bart, has donated blood as part of an international research project. 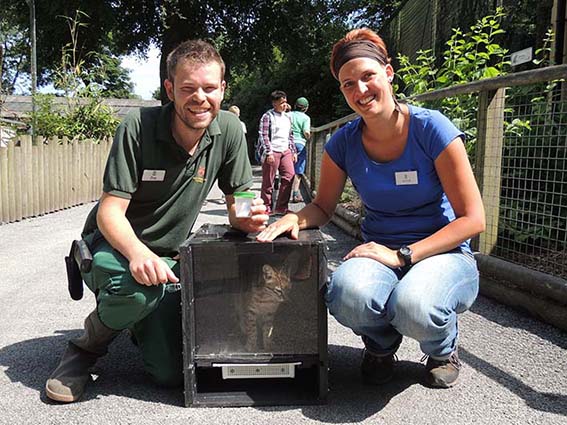 But the 18 year-old wildcat’s sample was collected by three blood-sucking bugs instead of the more usual needle and syringe approach.

The research project was carried out by veterinary medical student, Maike Kunze, from Oldenburg in Germany, who has been collecting samples from wildcats in 13 other zoos in the UK and a further 40 across Europe since 2011. 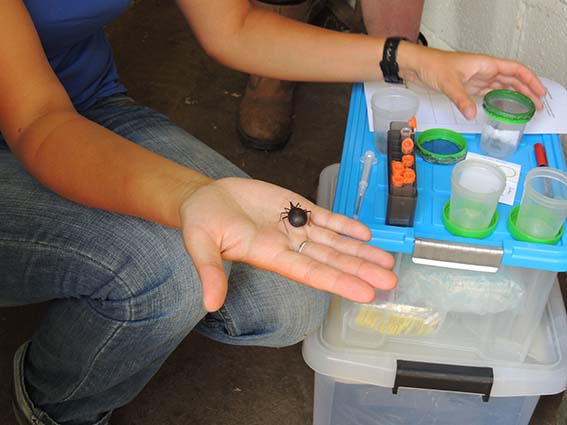 The noninvasive procedure lasted for just under one hour, with each Triatominae bug taking up to 20 minutes to fill up on Bart’s blood.

Once full, Maike syringed the blood directly from the bugs’ stomachs, before sending the sample back to a laboratory in Berlin, where it will be genetically analyzed and tested for a parasite called Toxoplasma gondii.

The parasite can cause Toxoplasmosis, a common infection that occurs in most birds and mammals, including humans.

The disease can cause serious complications for pregnant women and people with weakened immune systems and can be easily picked up through cat faeces and soiled cat litter.

Ungulates team leader, Jay Haywood, said: “It is great that Bart can help such an important study.

“By using the bugs, which are also known as kissing bugs, the collection procedure is a safer way for us to get the blood sample, as it means we don’t have to restrain Bart or sedate him first. The bugs do all the work and it is quite a fascinating procedure to watch and Bart didn’t seem too fussed with the extra attention either.” 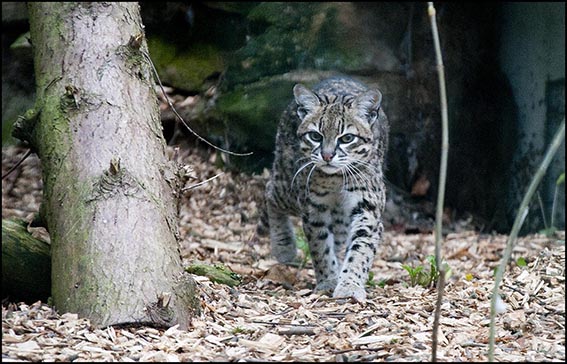 Bart back in his enclosure, none the worse for his bug ordeal!